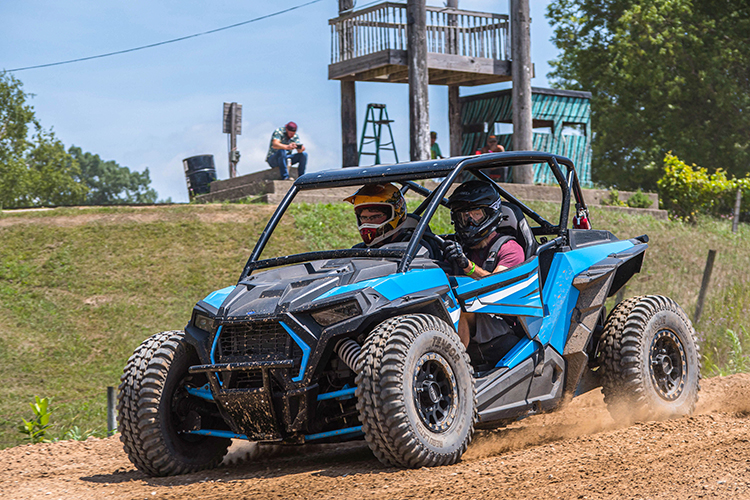 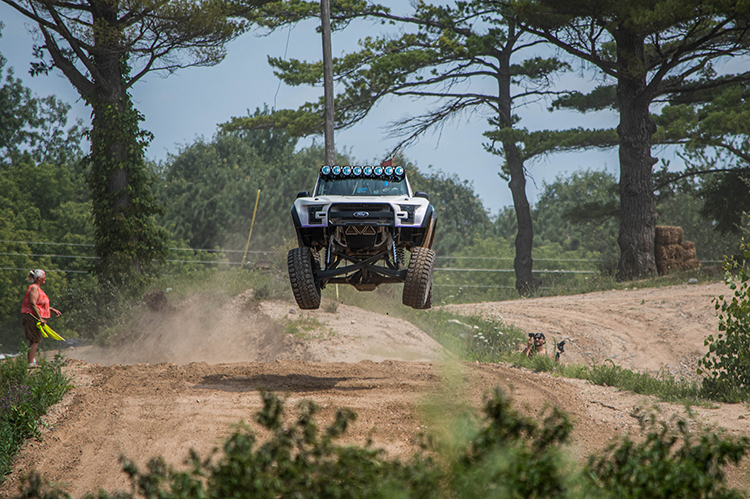 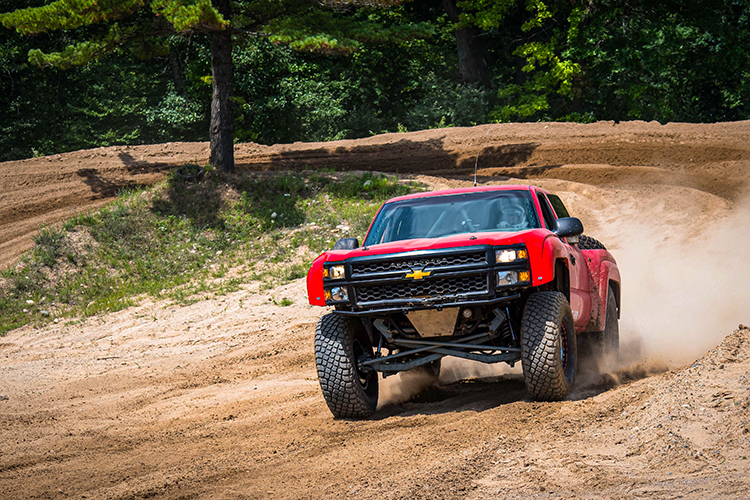 With so many worldwide events being cancelled due to COVID-19, one of them being MidWest DirtFest, the guys at Terracrew wanted to host an event for the off-road enthusiasts to drive their trucks on a motorcross track. Enter the Prerunner Paradise MidWest Edition. 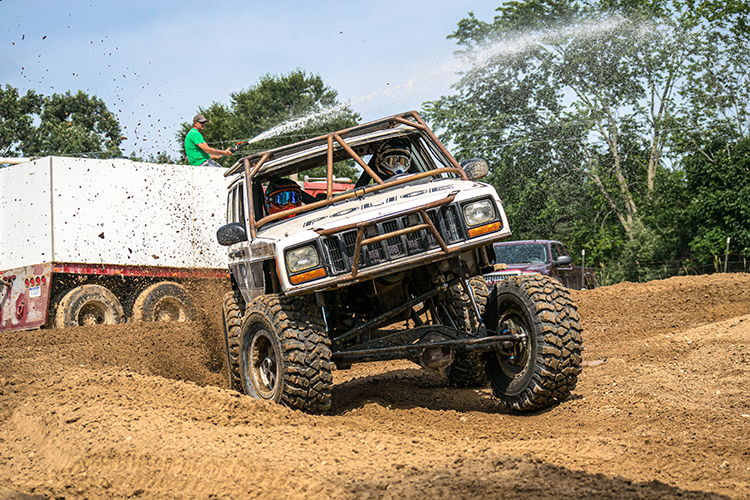 The private event took place in Valley MX, a family ran professional motocross track in Stanton Michigan. Owner Steve agreed to the private track day and welcome the crew with open arms. Event organizers Tyson Ahren, Amanda Ahrens and Luke Walker started the day by preparing for the arrival of over 20 drivers and their rigs and a safety meeting. Because you know, safety first. 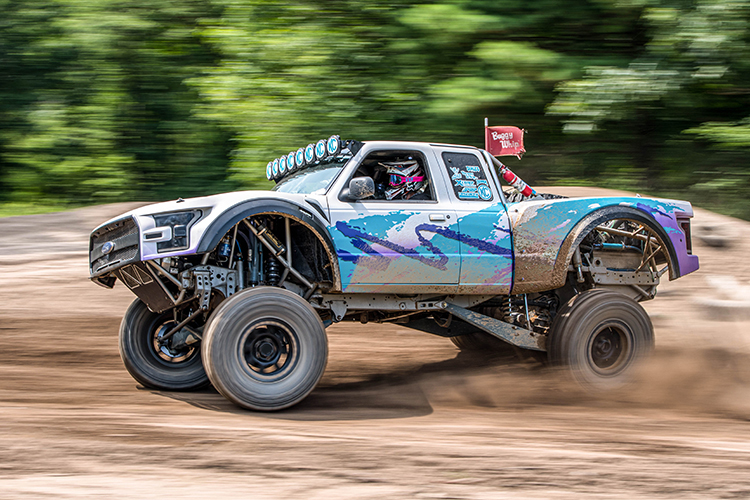 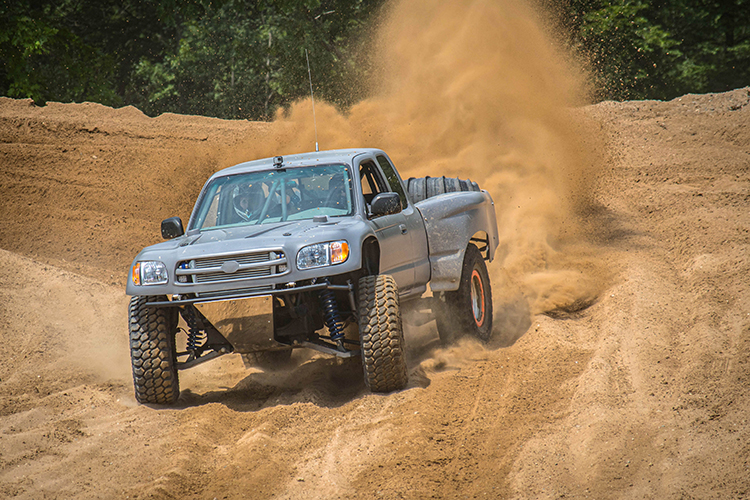 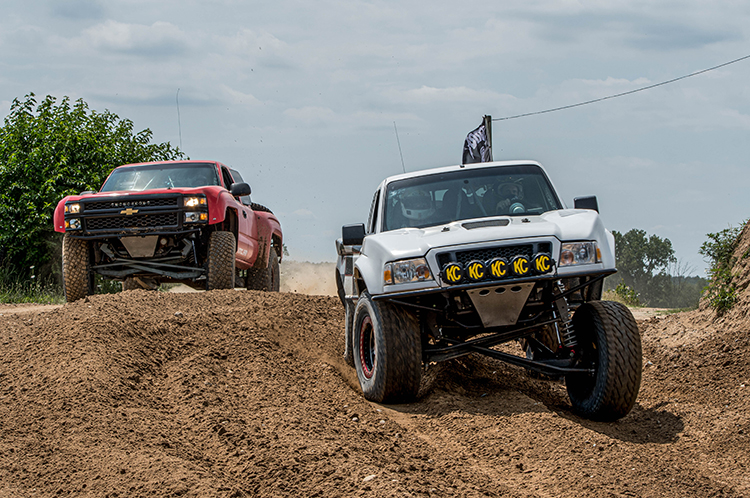 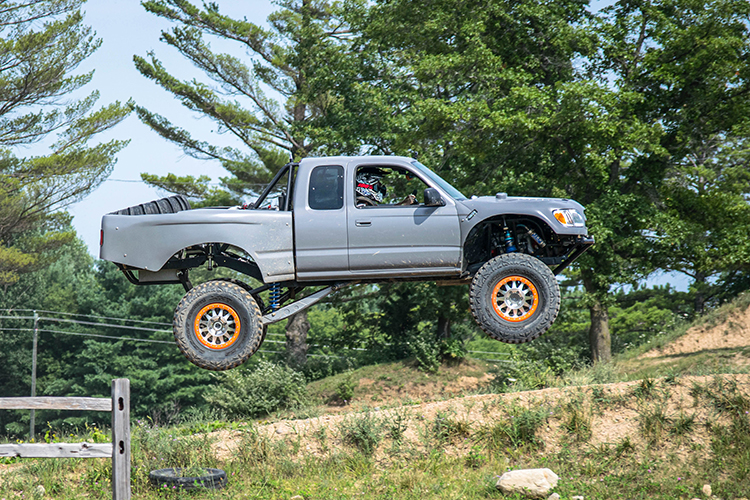 The drivers tested the waters to start and explored the track on a safe pace. However as soon as they got more comfortable the atmosphere changed to shred till your dead. Luckily, there was only one minor roll in Brad Yost’s truck. He kicked out his windshield and resumed partying. Two of the Terra Crew guys, Danny Giannini and Craig Stueve, made the trek all the way from California to join the fun. Danny says, “I had a blast and so thankful for the help and kindess of the people I met in Michigan.” Danny is known for his huge jumps and driving skills in his Chevy Silverado Prerunner. His truck experienced a small fire during on his runs, but he was able to put it out and get in a few more laps toward the end of the day. 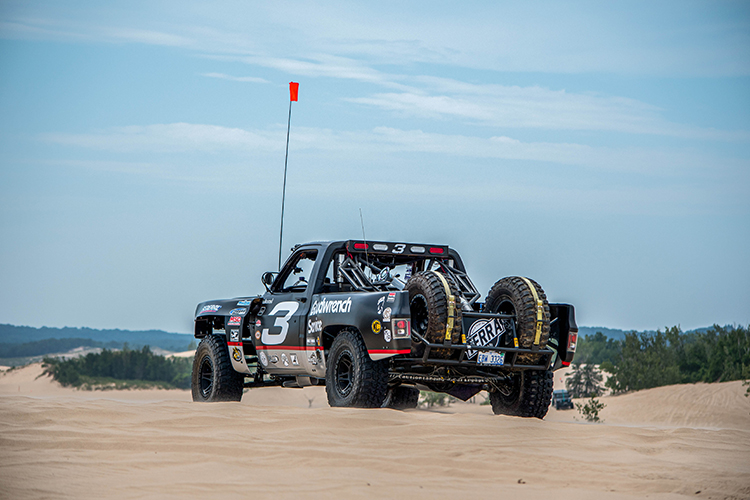 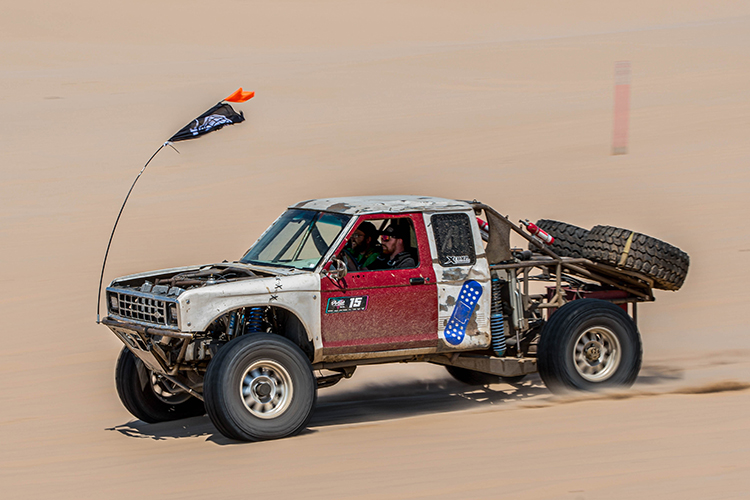 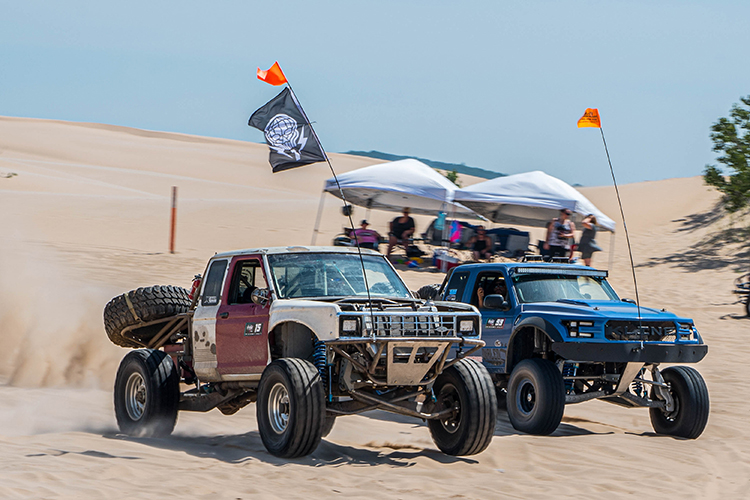 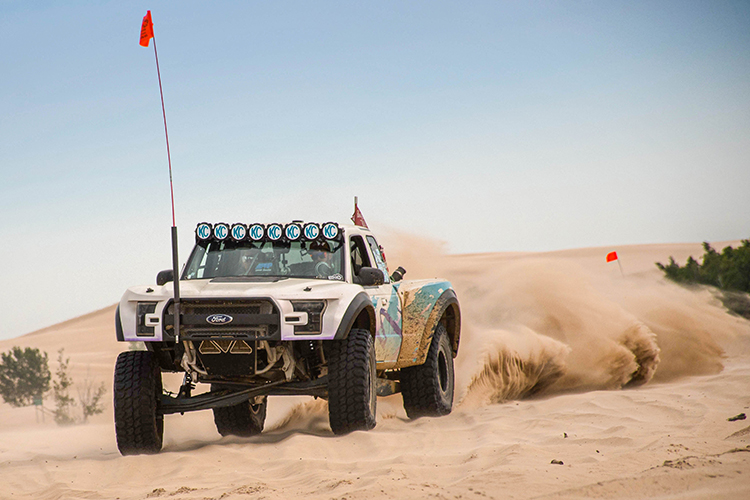 Unlike the first Prerunner Paradise, the Midwest Edition goes on through the weekend. The MidWest Terra Crew and the west coast visitors made their way to Silver Lake Sand Dunes for day two. We’re told that the OHV park isn’t very, but it makes up with big hits and cool lines through trees  growing through the sand along with large patches of water where drivers like to hydroplane. With the dunes up against Lake Michigan a huge storm rolled through and eventually had to call it day. 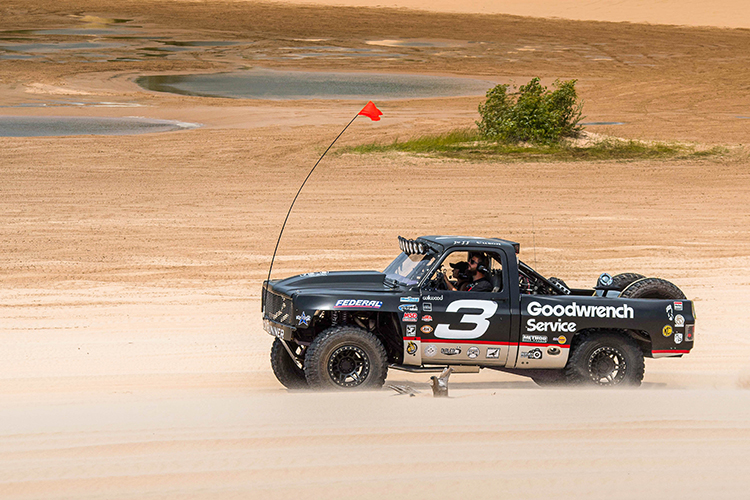 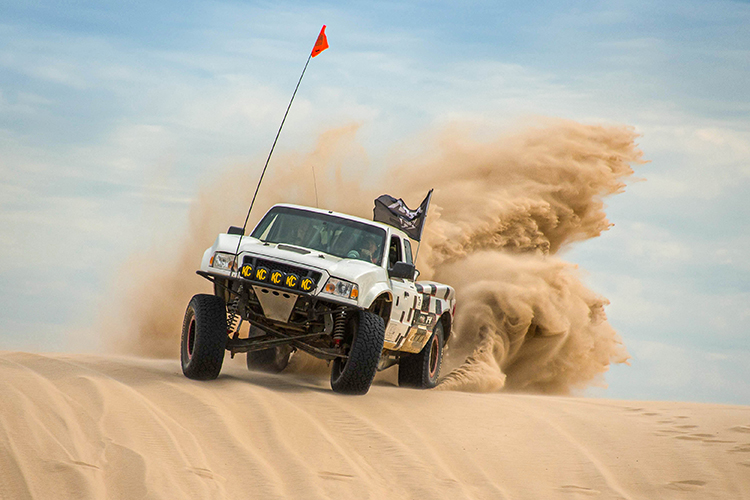 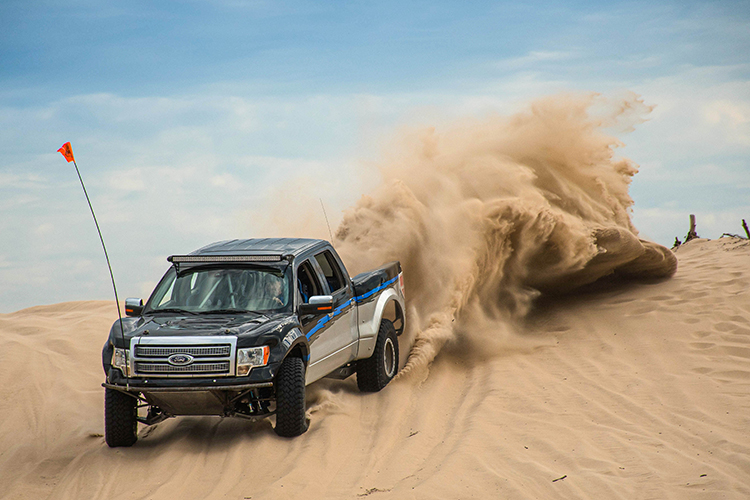 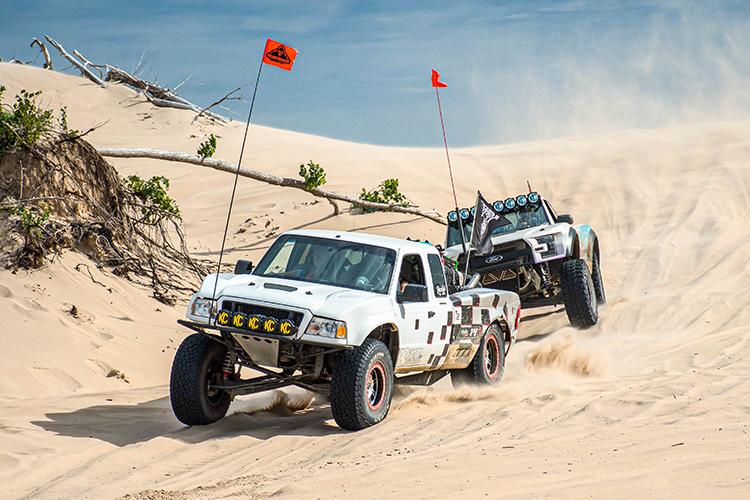 It was nothing but good times and good vibes for the Terra Crew and their MidWest family. Fingers crossed, next year will be the biggest MidWest DirtFest event yet. Stay tuned.