Riding in the Oceano dunes is a unique experience. There is nowhere else in California where you can drive, camp, and ride in the dunes next to the beach.

Located along the 101 between Monterrey and Santa Barbara, Pismo Beach Ca. is the perfect place for a getaway weekend. There are all kinds of things to do and see in Pismo and the surrounding areas. The main attraction being the ONLY drive on beach in the state where millions of people offroad and camp in the seaside dunes every year. There is also plenty of small coast town shops, fine and casual dining and a few cool watering holes to keep your thirst at bay.

The town of Pismo Beach has quite the history. It got its name from the Chumash Indian tribe who settled there 9000+ years ago and harvested a tar like substance from the beach which they called “Pizmu” used to seal their boats. In the 1800’s, the surrounding land was purchased by a couple of ranchers, one being John Price, who later built the first Hotel in Pismo and leased oceanfront property to a shipping company that built a large pier. It’s said that at one time, the pier reached far enough into the Pacific to receive and dock warships. Since then, a few big storms have taken out the pier and it has been rebuilt a handful of times.

In the early 1900’s, the town of Pismo was a wild place with many saloons, brothels, and other amusements such as a bowling alley, skating rink, and an amusement park near the pier. Since then, the town and surrounding areas have grown and developed into the go-to beach destination for millions of people each year. The weather year-round stays relatively cool (50s-80s) and the coastal winds allow for great surf, but bring a wet-suit because the water is pretty cold.

For us off-roaders, what makes this place unique is the Oceano dunes. It costs $5 for a day-pass and $10 for an overnight pass, giving visitors a chance to camp right on the beach. Best done in a trailer or RV as the mid-day winds can demolish a tent and its contents in a matter of minutes, trust me, been there. The SVRA is on the smaller side but provides hours of fun in either your own rig, or a rented quad or sun buggy. The dunes are located just south of Pismo Beach along highway one and feature two different entrances. If you want to drive on the beach for a while, enter at Grand Avenue. If you want to get to the dunes the quickest, enter at the second entrance about two miles further south.

DRIVE & THINGS TO DO 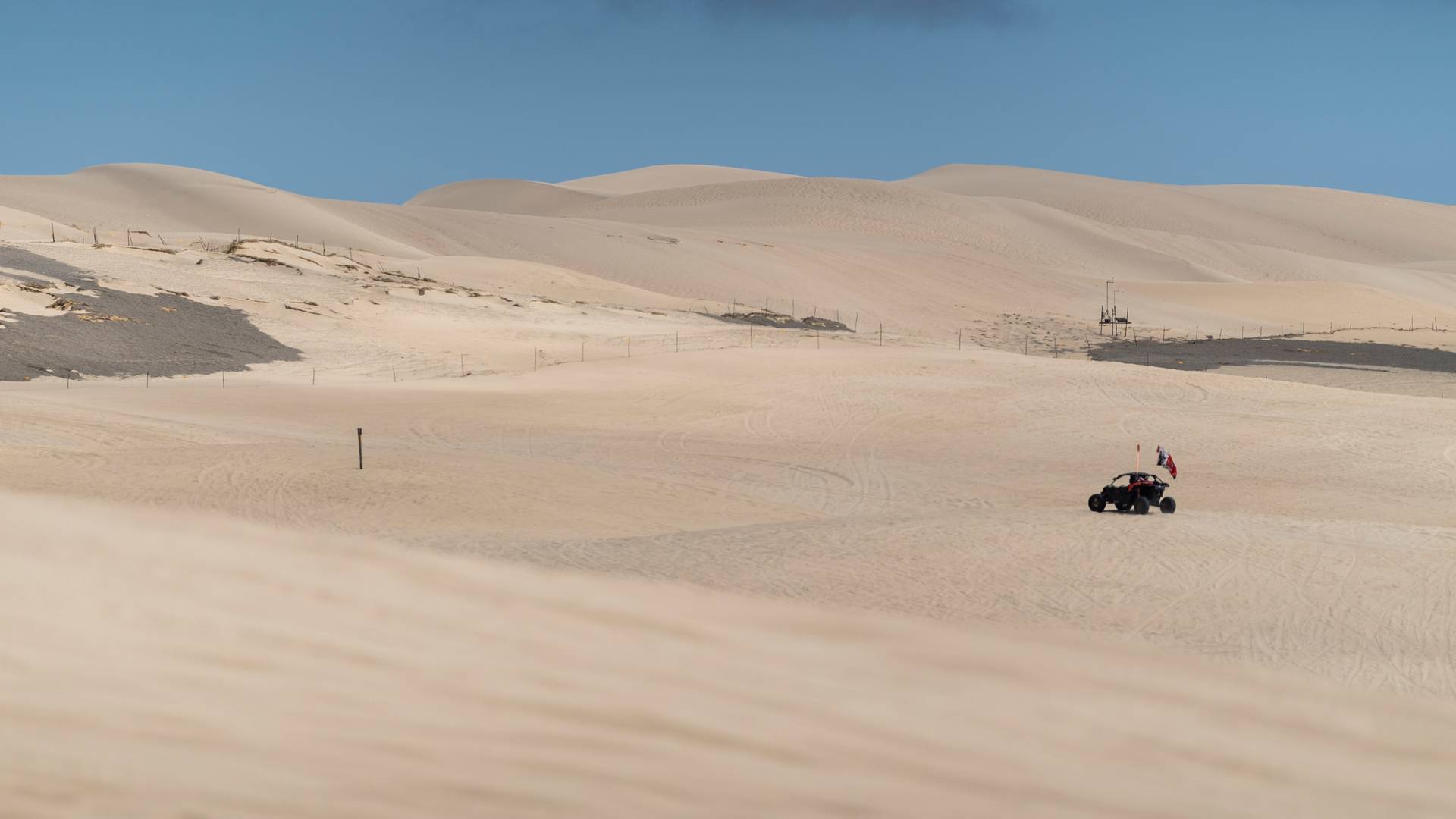 Whip flags are required to ride in Pismo. Our Method branded whip flag is 18”x12”, has double sided print, double stitched, and is tear proof!

The Method air deflator gauge allows you to quickly and accurately lower tire pressure to the appropriate level for whatever terrain you plan to take on.

Troy Lee Designs gloves are all researched, designed and meticulously tested before they make their way on to the hands of great athletes around the world. These limited edition Method Race Wheels design is a perfect fit for off-road driving, moto and MTB riding, or even mechanics use.

Take care of your Method wheels after they take a beating in the sand.

Nightlife in pismo is usually quiet besides the bars in the surrounding towns such as Arroyo Grande and shell beach. North on the 101 is wine country where there are a whole mess of wineries to tour and great venues such as Vina Robles which has a state-of-the-art Amphitheater that hosts big acts. If you want to spend a night bar hopping, grab an uber to downtown San Luis Obispo. Great food and great bars all within a couple blocks. A lot of younger people frequent this area as Cal Poly college is close by. Alcohol rules are the same as anywhere else in California. No open containers outside of establishments etc.

There aren’t any tow services that will go into the dunes these days, but if you’re lucky, someone will be out there in a big diesel truck to help you.

KNOW BEFORE YOU GO