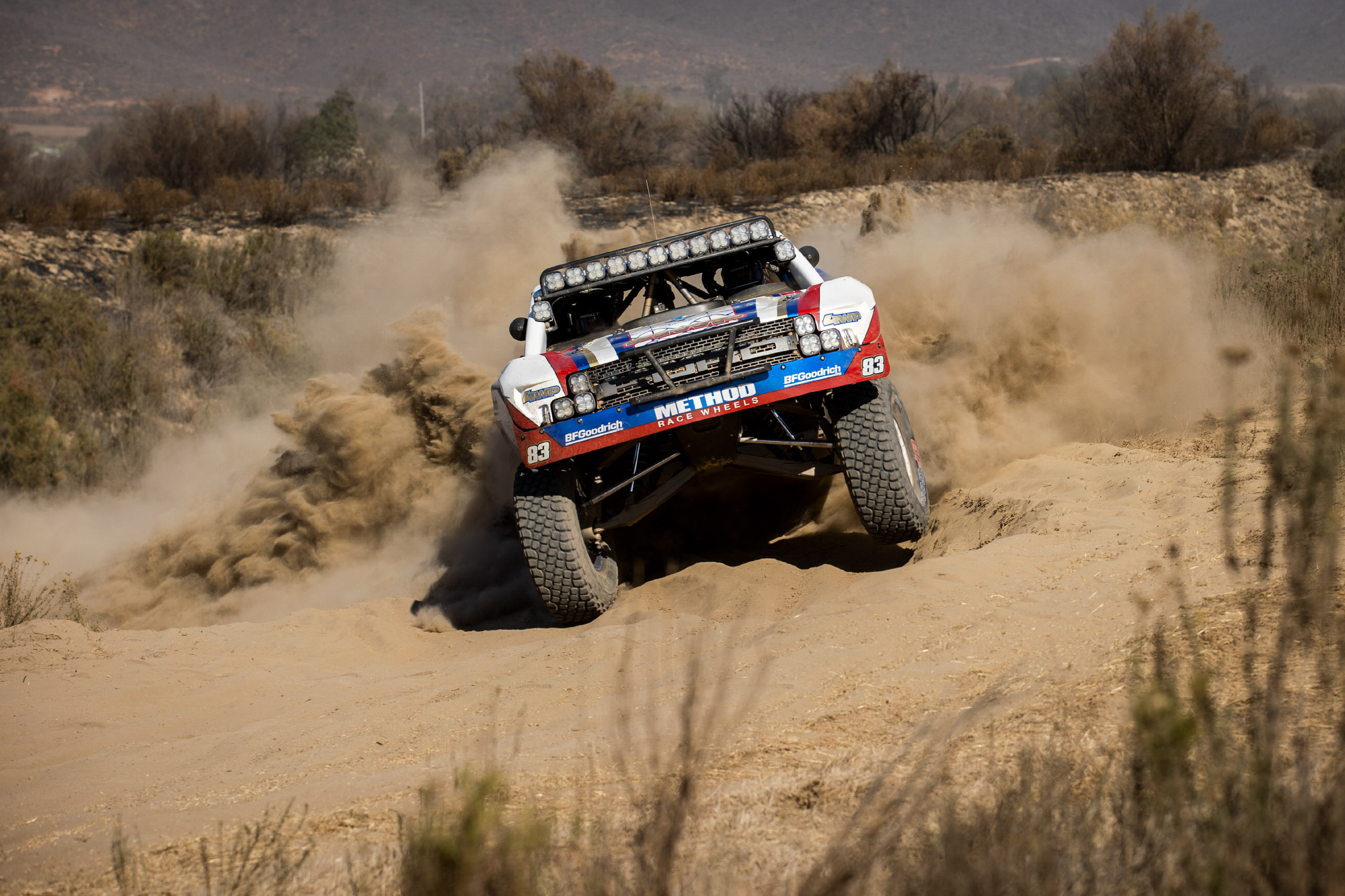 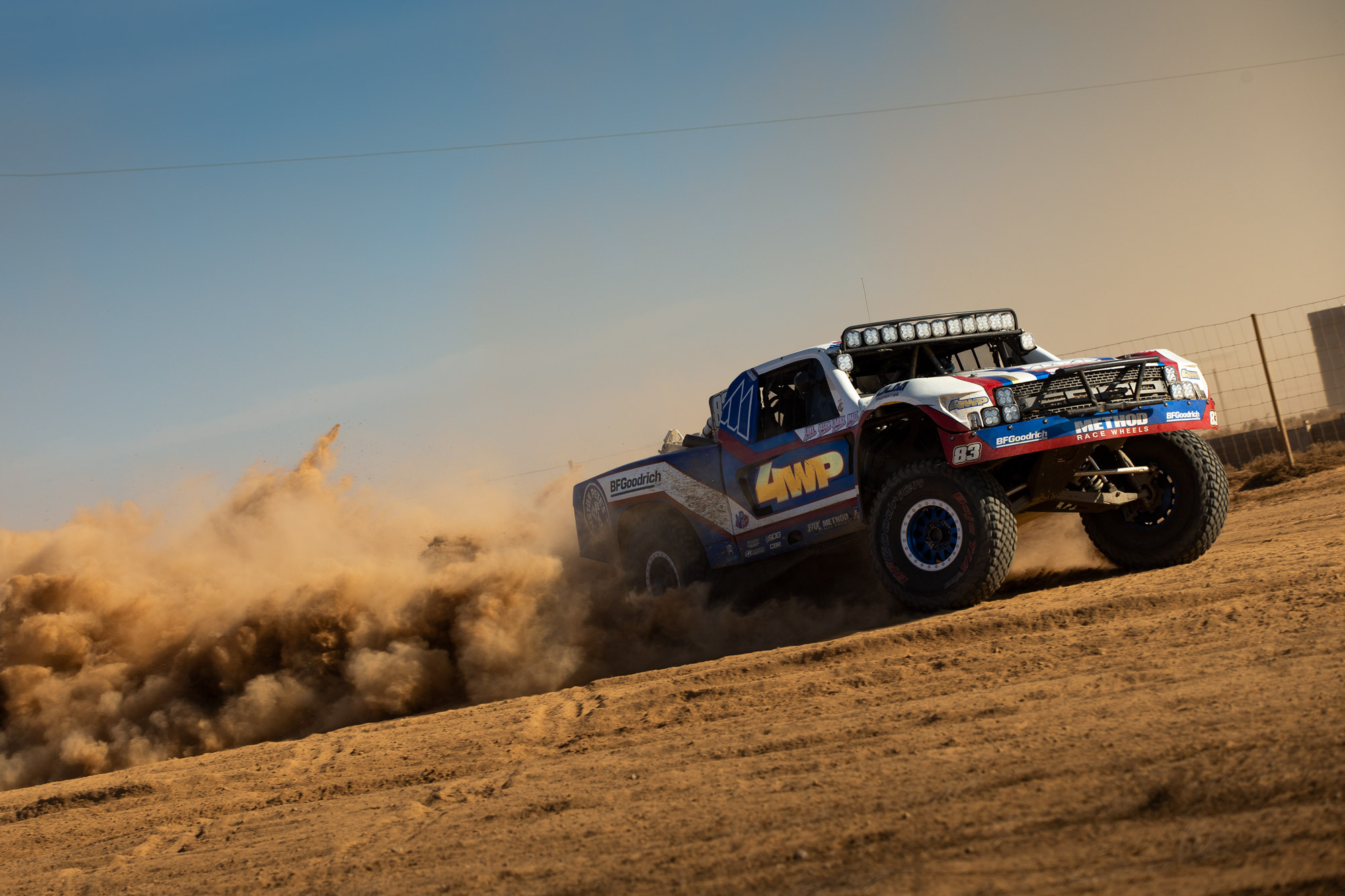 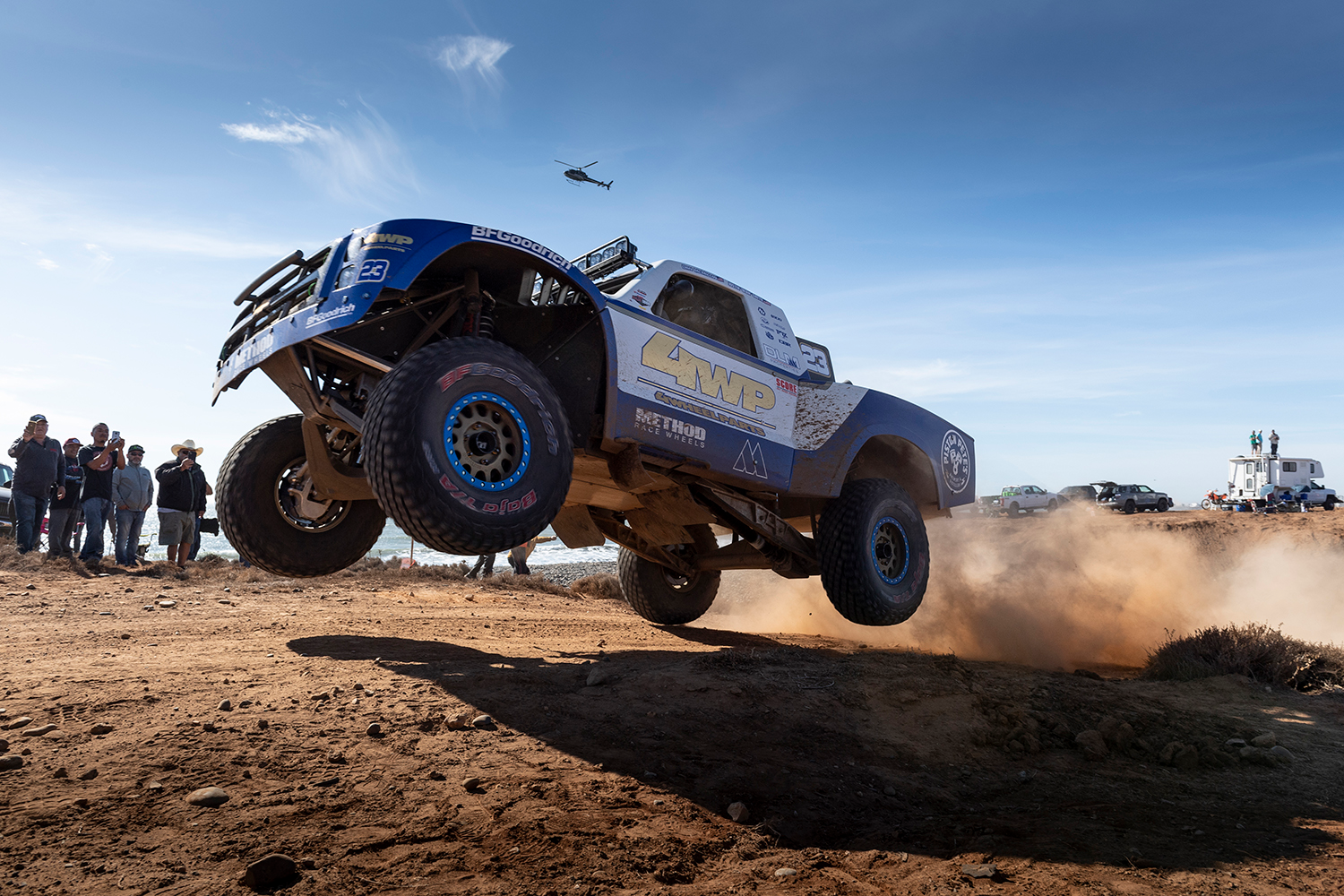 Cameron Steele is another athlete who has been pre-running the Baja Mil. According to the team, they actually run the course many times a few days before the race to make sure they got everything down. 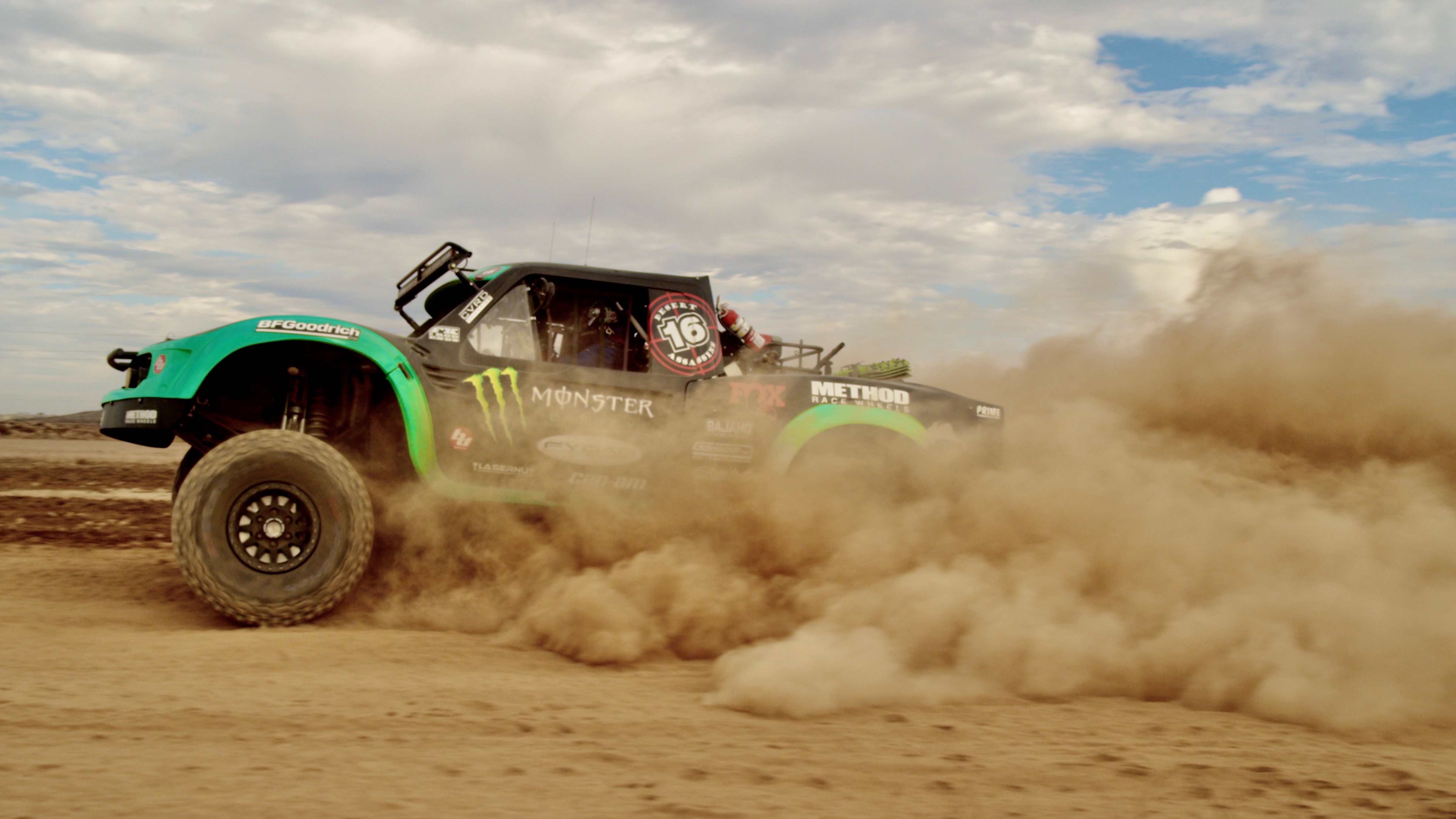 The Baja mil is rough race but rewards racers with an equally beautiful scenic drive with coastlines and epic mountain views. But what’s even more important is the pre-running that takes place before the race.

Some of the obvious reasons are getting familiar with the course and road conditions. Pre-running is imperative for taking notes for potential dangers that can end a race like huge holes. Any possible faster racing lines and shortcuts can be noted just as long as racers hit their virtual check points. The days leading up to the race is when teams can mark the best places to setup pits.

The McMillin Racing team have been hard at work before the Baja mil. Be sure to watch the video above and continue watching this page for the latest updates.

The year 2020 maybe coming to an end, but it’s not going to end without a bang with the final race of the season that is the Baja mil. The event is set for November 17-22, 2020 and will be staged in the coastal city of Ensenada. It's reported that 200 vehicles are anticipated to cross the start line and racers from 30 U.S. States and as many as 15 countries are expected to participate. This year’s course will be a 898.40 mile loop race along the Baja California peninsula, a record distance for a loop race.

The course will run in a counter-clockwise direction after the two-way section to the Ojos Negros area and proceed along the Pacific Ocean and into San Felipe and the Sea of Cortez the back north through Cordillera de Molina, proceeding back to Ojos Negro and finishing in Ensenada. For safety and health reasons the start and finish lines will be closed to the public , but will be located in the outskirts of Ensenada. There will be four physical full-stop checkpoints where racers are required to stop before moving on and includes a stop in El Socorroa, Valle de Trinidad, the End of Matomi Wash, and El Alamo. 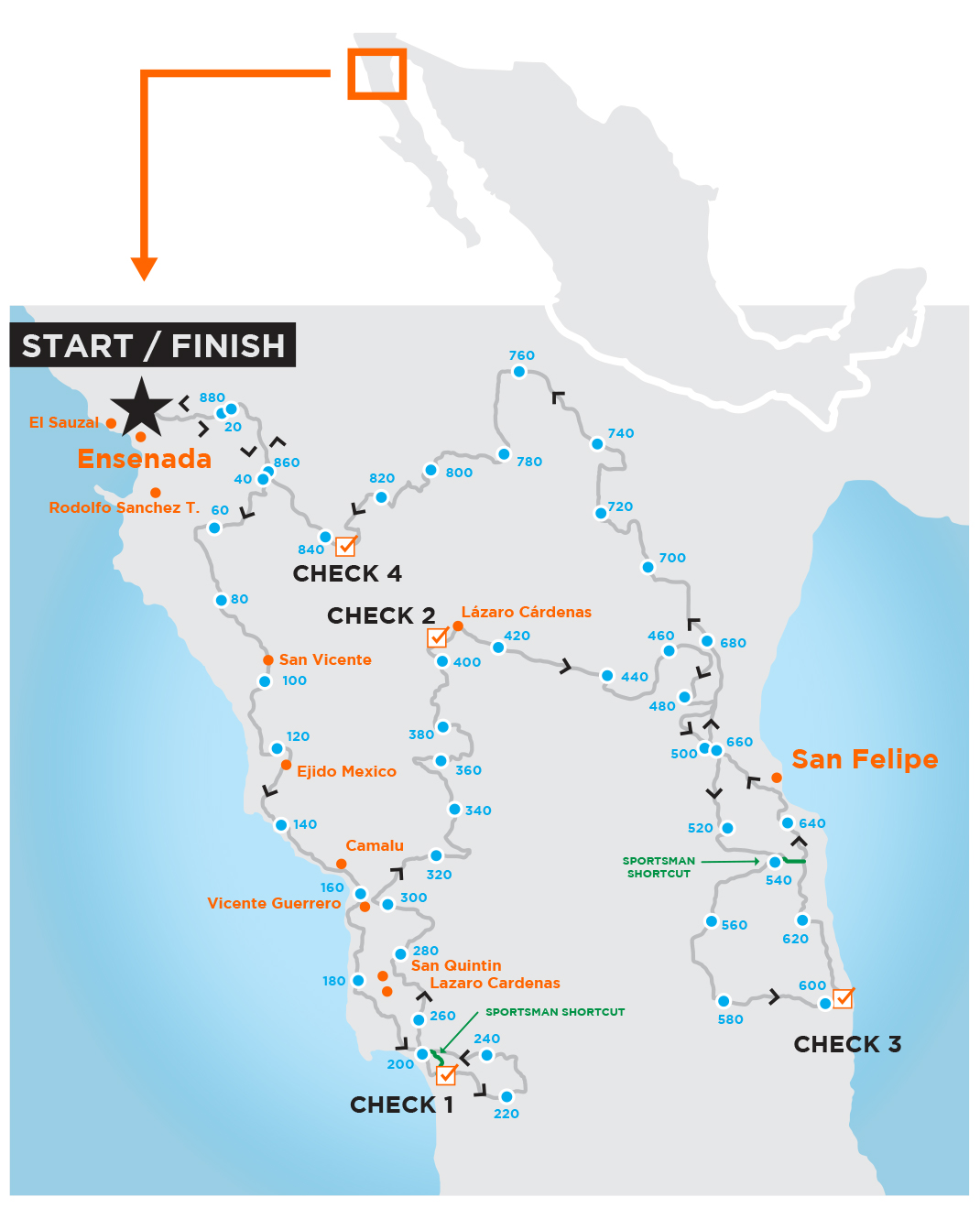 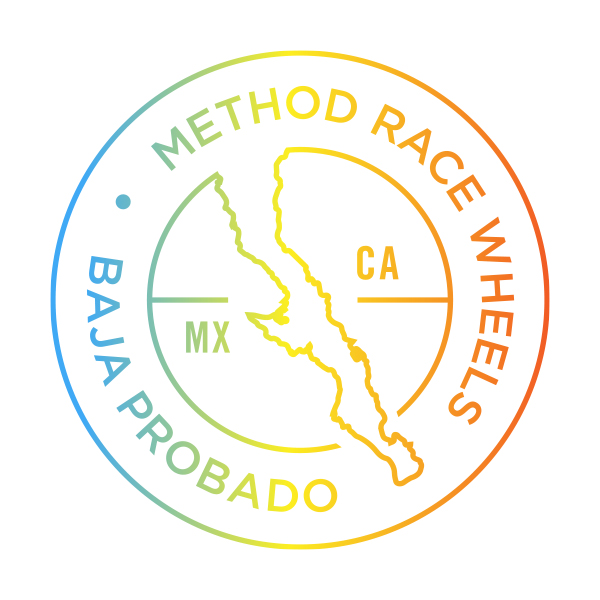 With so many entries for a 1000 mile race in Baja, we put together a list of racers that you should follow. Without question you’ll want to follow Baja five hundred winner Dan McMillin and brother Luke McMillin who won the 2019 Mint four hundred, as well as other racers listed below. Method Race Wheels will be on site covering the event as well. Don’t miss the action and follow us on social media.

Luke McMillin is no stranger to off-road racing. His father Mark is a five-time overall winner of the Baja mil. Luke has seen a lot of successful races in 2020 and was a podium finisher for the Baja five hundred. 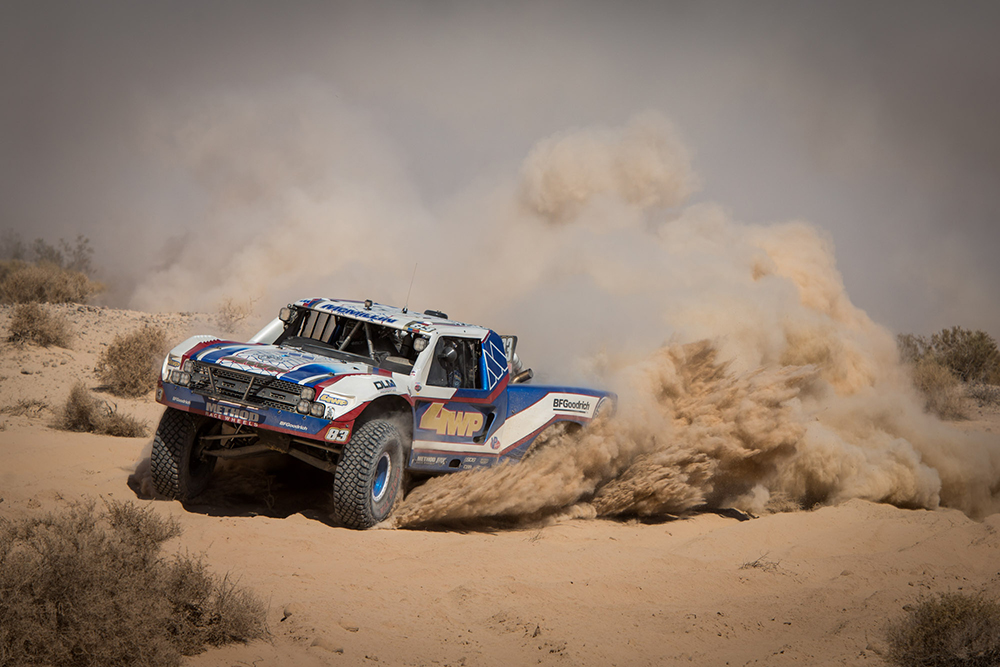 Another force to be reckoned with from the McMillin dynasty. Dan McMillin has been driving off road vehicles at a young age and is following in his dad’s of being a seriously competitive driver. This year he managed to take first place in Baja five hundred that will allow him to have a good starting position. 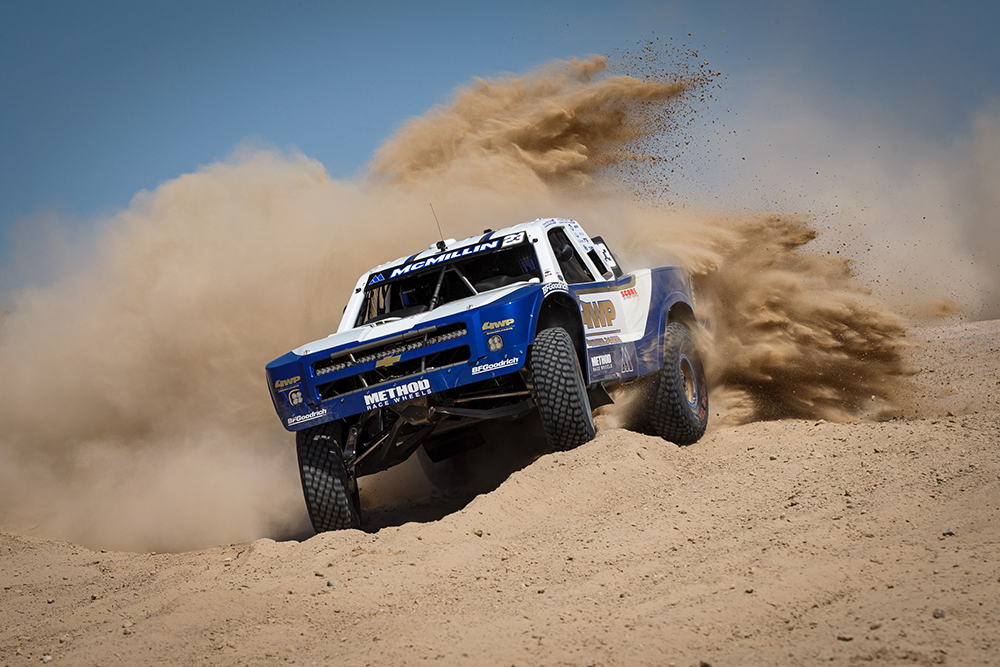 The Desert Assassin himself. Cameron Steele was introduced to Baja at the early age of two and has been driving off-road race cars for over thirty years now. You may have seen Cameron on the big screen during his tenure as an X-Games TV host or his Baja Moto adventure shows on ESPN. He's a past Baja mil winner and now he’s ready to rip for this year’s race. 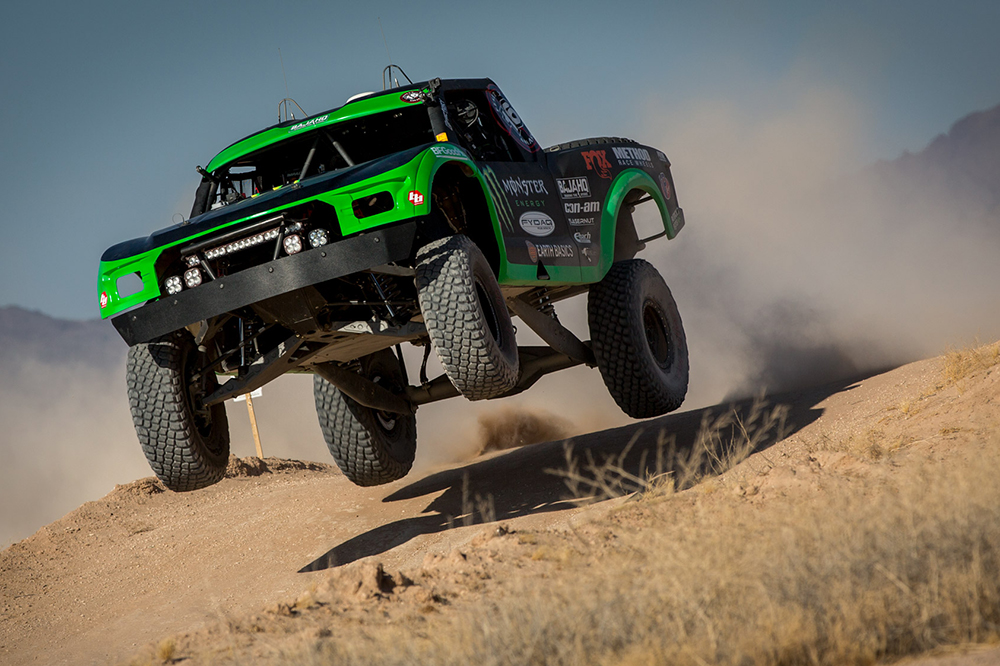 They don’t call him Mad Skills for no reason. Born in New Zealand, Rhys is the son of the famed rally and off-road racer Rod Millen. Now armed with over 20 years of racing experience and his custom 4WD Jackal, Rhys will be a strong contender to watch. 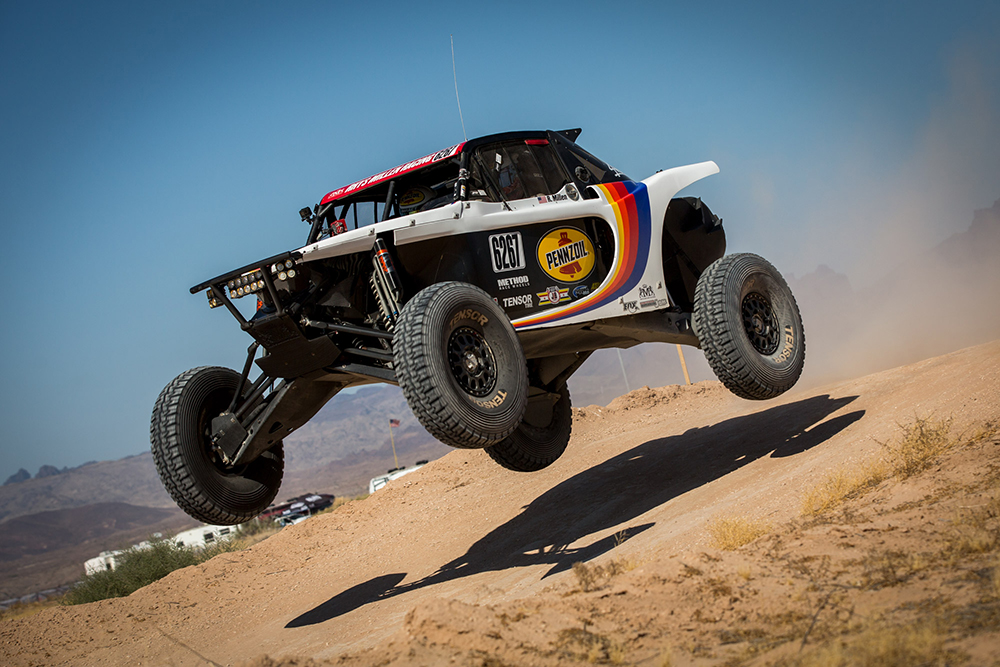 Justin Lambert is the founder of Cognito Motorsports. With a background in mechanical engineering he started developing suspension systems and started to race in 2011 as a proving ground for his product. Did we mention he won last year’s Baja mil? 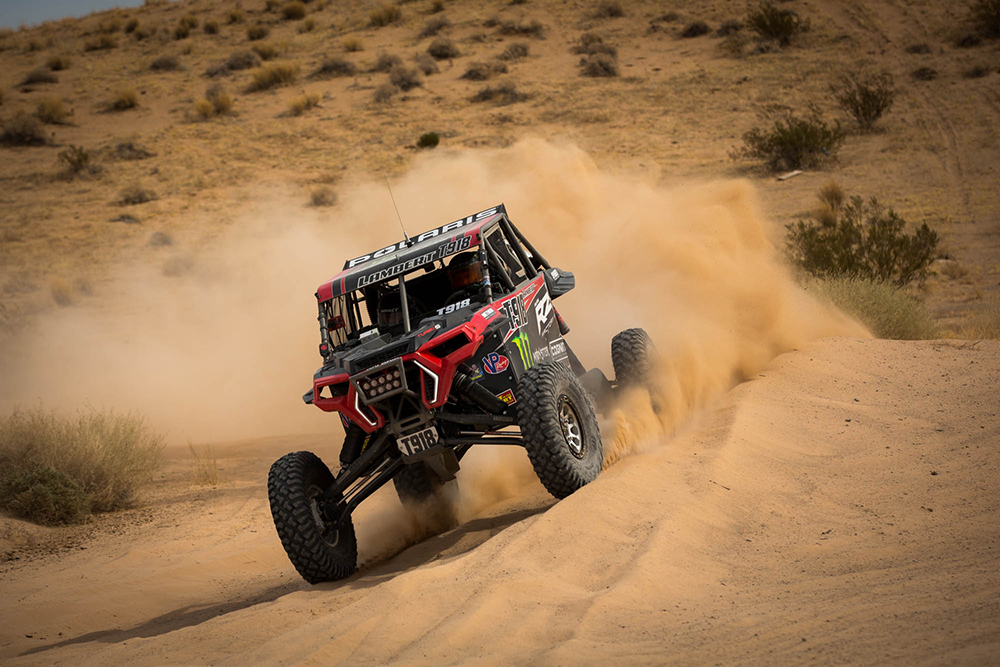 It was only a few years ago that Kaden Wells started racing and made his mark. Fast forward to 2020 and Kaden has had a really good year taking wins in Parker 250, Glen Helen, Bluewater Desert Challenge and even 2nd place in Baja five hundred. What we find impressive about Kaden is that he builds and preps his own cars and for the past several weeks he’s been making sure his car is ready for this race. 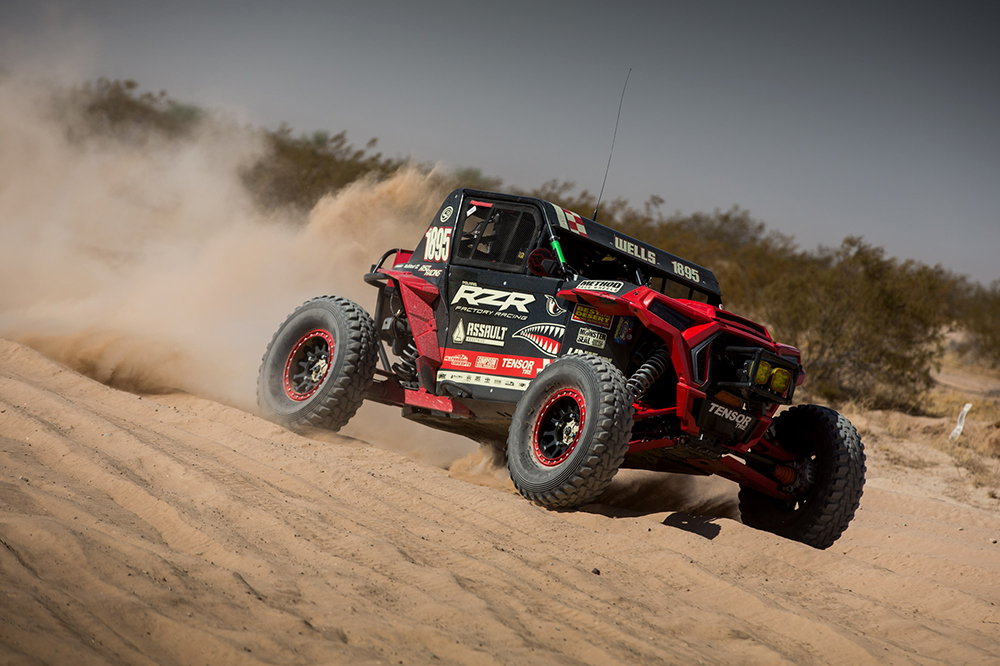 There’s a good reason why Kristen Matlock is called the Queen of Baja. She has the mindset of a champion and it shows. Even with a new co-driver she managed to win at the Baja five hundred in her naturally aspirated Polaris RZR. We're excited to see what she'll do for this race. 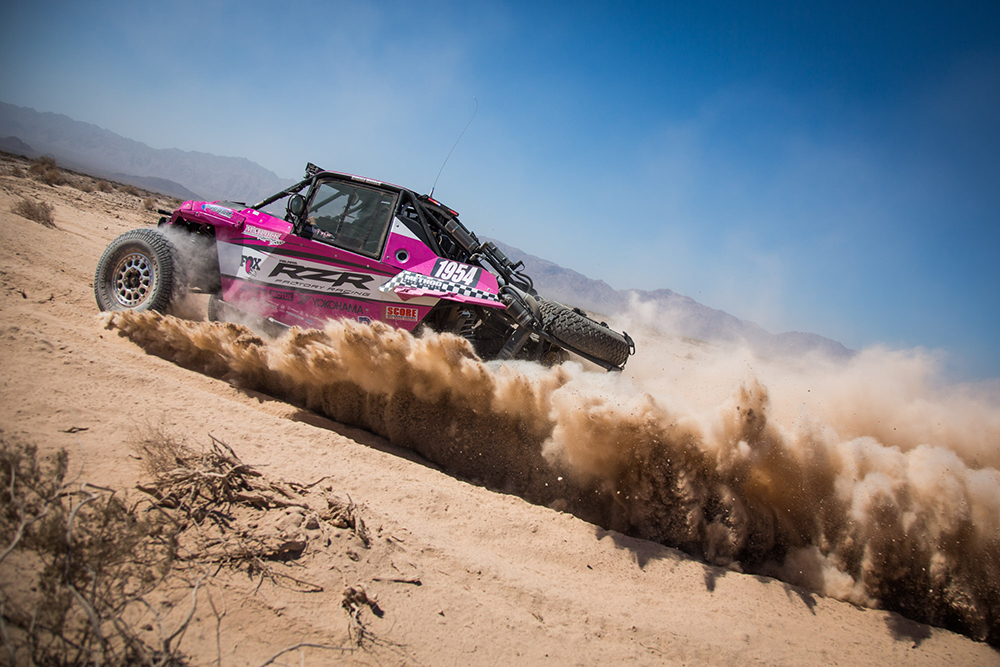 James & Jesse Glickenhaus along with Darren Skilton and his team bring the Armada built Glickenhaus Boot back to Baja to again try their luck in class 2 against the factory Ford Bronco whom they beat by finishing just under the wire at the 2019 Baja mil. The further developed Boot promises to be faster and better handling while being chased by a group of freshly built street legal Glickenhaus Boots driven by their new owners. 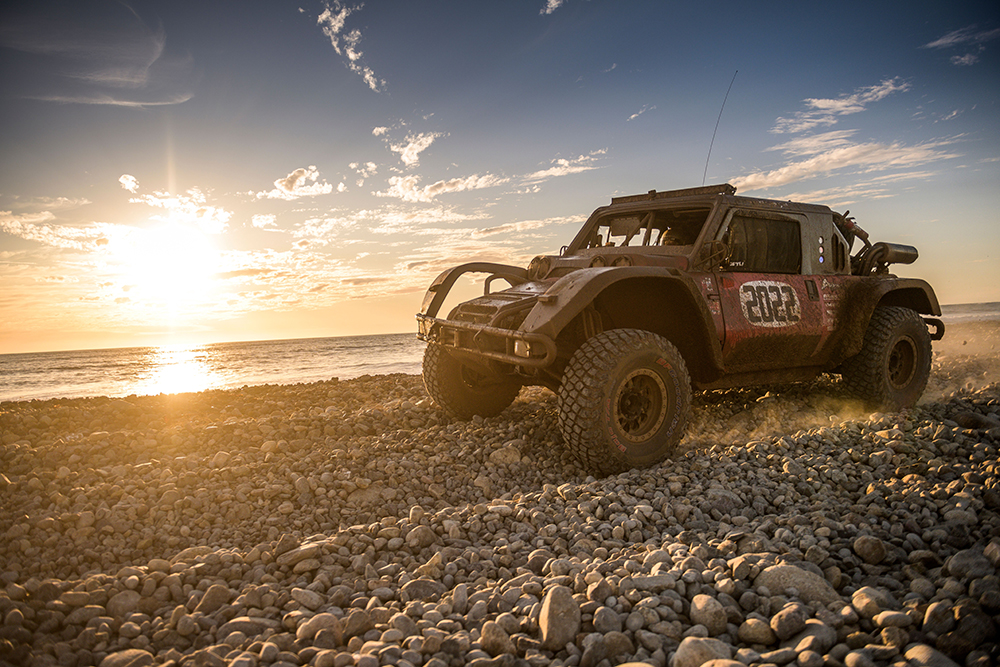 Joined by an all star team, Steele will pull double duty in his unlimited truck and the Bronco R with Curt LeDuc, Shelby Hall, Jason Scherer and Johnny Campbell all taking turns behind the wheel of the much improved Bronco and hope to redeem themselves after their 2019 DNF. 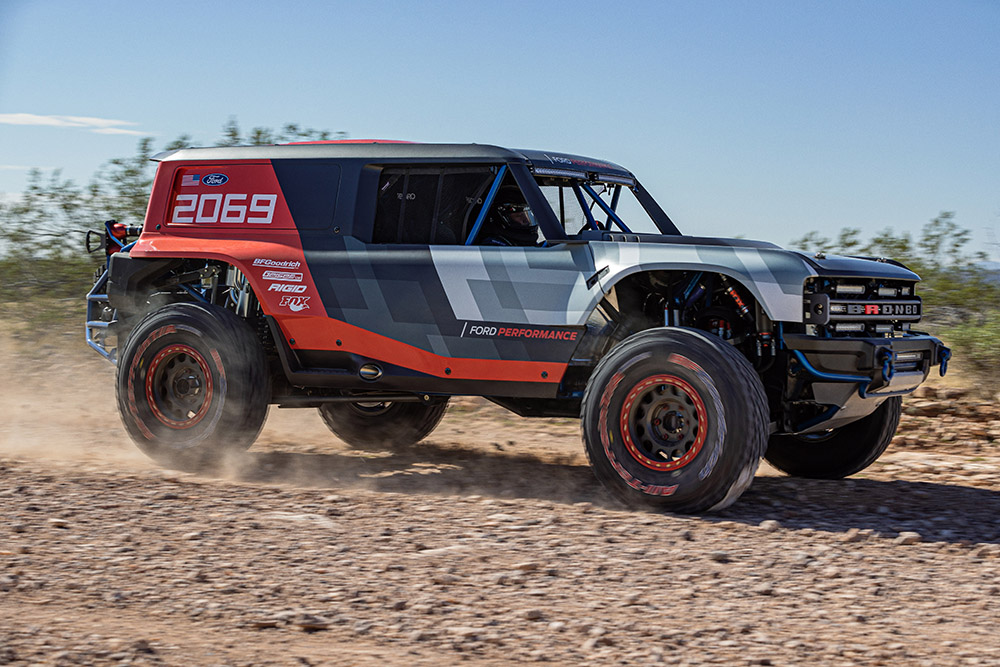