With camera technology getting better every year, it’s easy for anybody to pick up a DSLR camera or even an iPhone to take a solid photo. That’s not quite the case when you enter the realm of studio photography where things such as lighting can get quite tricky. In a recent shoot with AJ Jones’ refreshed truck we’ve enlisted our good friend and talented photographer Boyd Jaynes to take on the project. 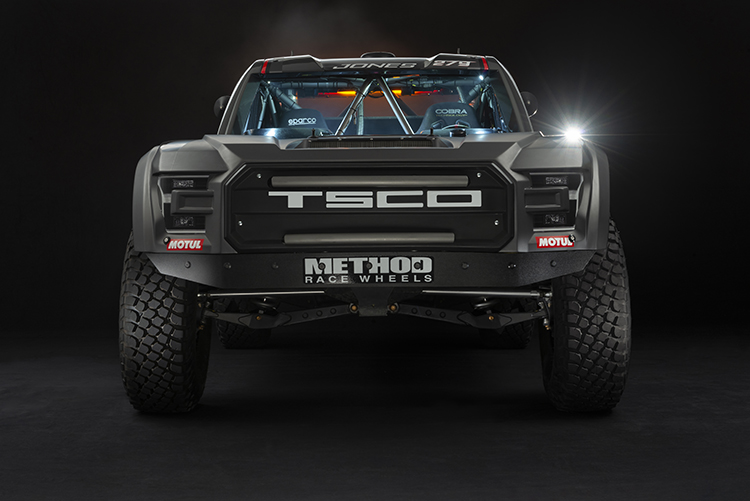 If you haven’t heard yet, AJ is slated to compete in the Best In The Desert Vegas to Reno race in his 525hp 6100 Trophy Truck Spec against the 1,000hp Trophy Truck class. A huge undertaking if you ask us.  That’s not all—with the course layout AJ expects to see elevation changes which will further reduce horsepower. The underlying message is the idea that skills are more important than power. Before the truck could go into testing we brought the refreshed truck into Red Gum Studios for a beauty shoot. 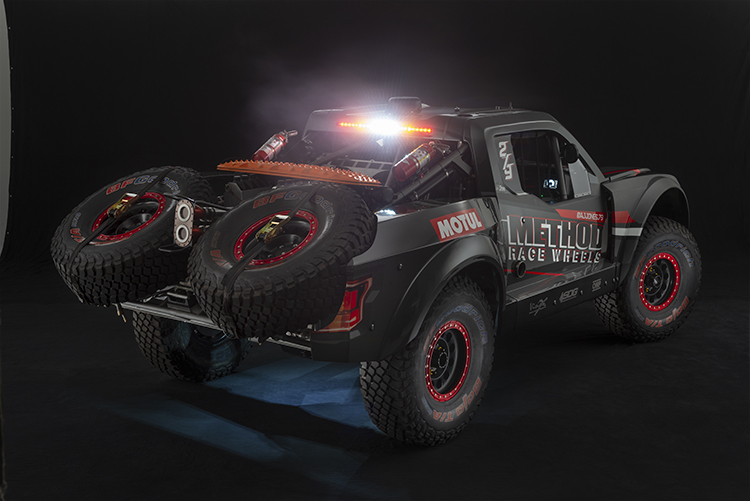 As mentioned, lighting can get a bit tricky in a studio setting. Boyd lit the photos you see before you using old school lighting techniques. Boyd says, “Every automobile has it’s own shape and different color. Black cars are hard, it’s basically a mirror. For this shoot we reflected light onto the car instead of directly at it.” The reason why he doesn’t use flash is because a flash of light is instantaneous and only lasts a heartbeat. Adjusting light would be a nightmare. If you have any experience in a studio shoot, you might be asking what about a modeling light? Simply put, they are not accurate. With a continuous light source, it allows you to see what you’re doing. 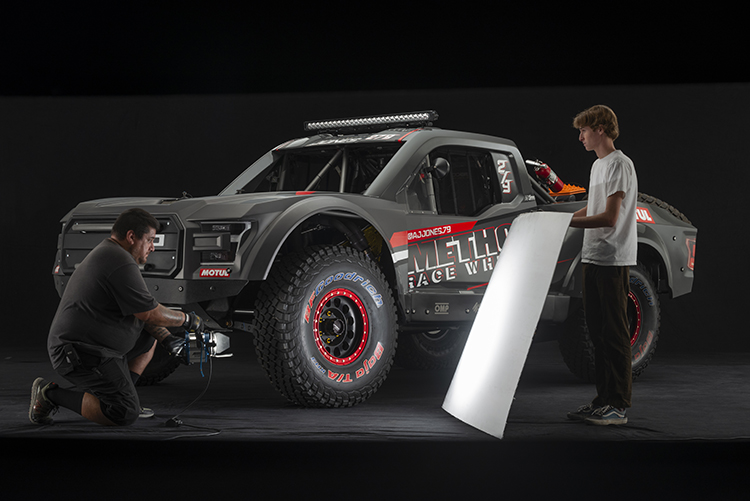 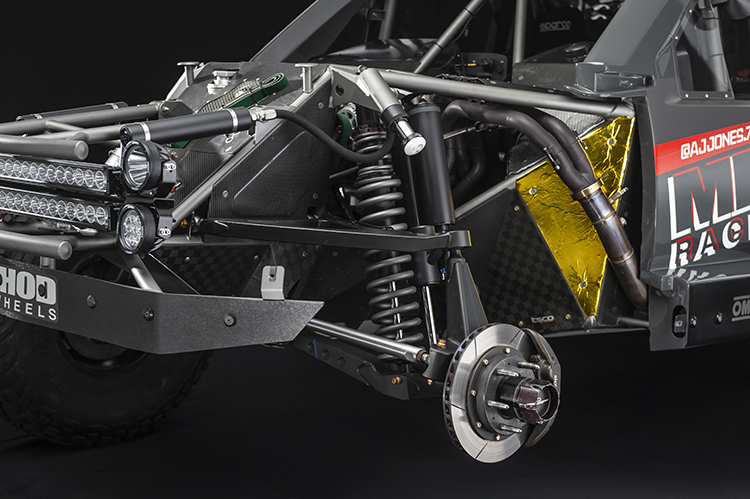 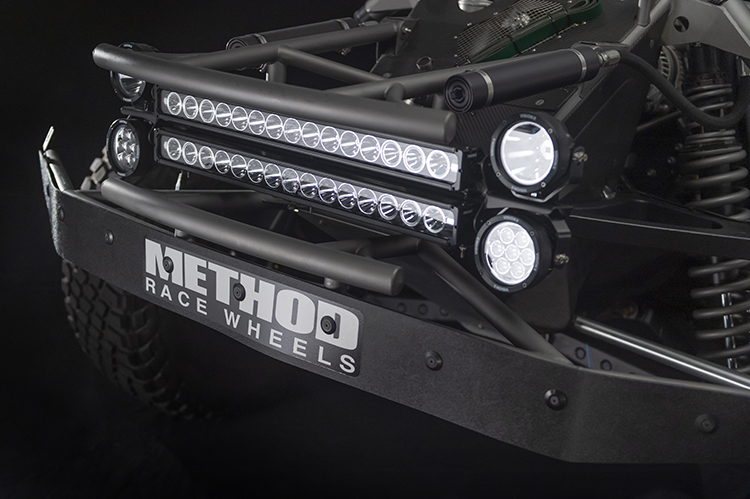 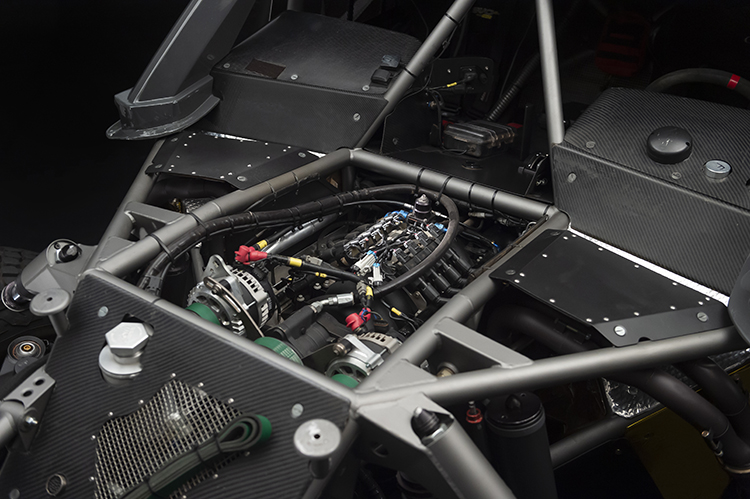 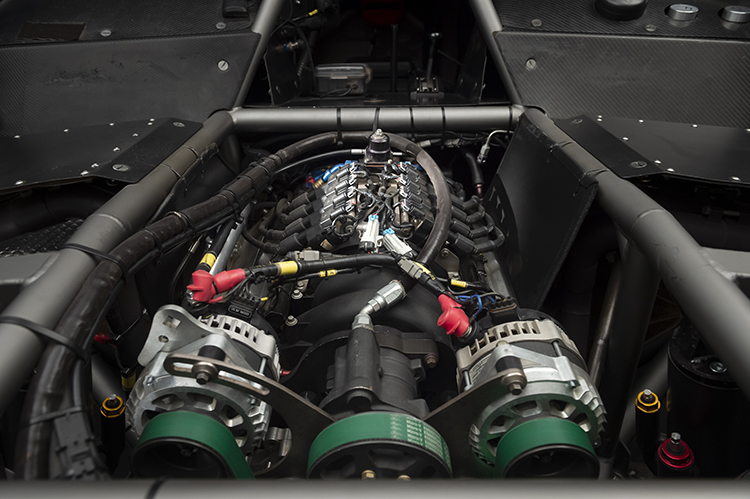 There are also some downsides to the way Boyd shoots the car. Equipment is fragile, expensive and can get hot. As much as possible, Boyd tries to shoot it all in one shot and as little retouching as possible. There are times where shots had to be done separately. For example the wheels had to be lit differently from the hero shots. Other challenges that Boyd faced were things such as windows because they are reflective. Look closely at the truck and you’ll see that the vinyl wrap material can go from matte to glossy which is problematic for lighting. Fiberglass can also get complicated while shooting due to its uneven finish. Boyd explains, “There are certain risks transporting a vehicle to a studio. Every time I shoot car, something happens.” In AJ’s case, a little bit of oil had sprayed out of the tow vehicle all over the race truck due to an oil leak while transporting, but it’s nothing a little bit of car cleaner couldn’t handle. 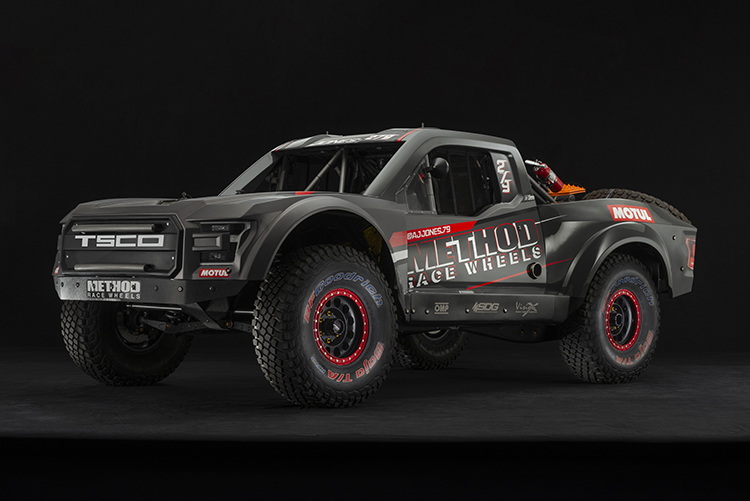 AJ and the team still have a few things to do before the big race such as suspension and drivetrain adjustments. AJ’s father Jesse Jones says, “We’re getting with our engine and drivetrain builder and explaining to them that we’re entering into Trick Truck. We want to see how we can take our package and make it as good as we possibly can while staying within the spec truck rules. How can we make it better? Through ride height and that would be in the aero. Can we go with a taller gear where we can keep a higher top speed? Or will be giving so much during altitude changes?” Jesse tells us that AJ is very involved and that he’ll double check all his tires and check the status of the different sensors. At one point when they are testing they’ll cycle every tire that will go on the truck. 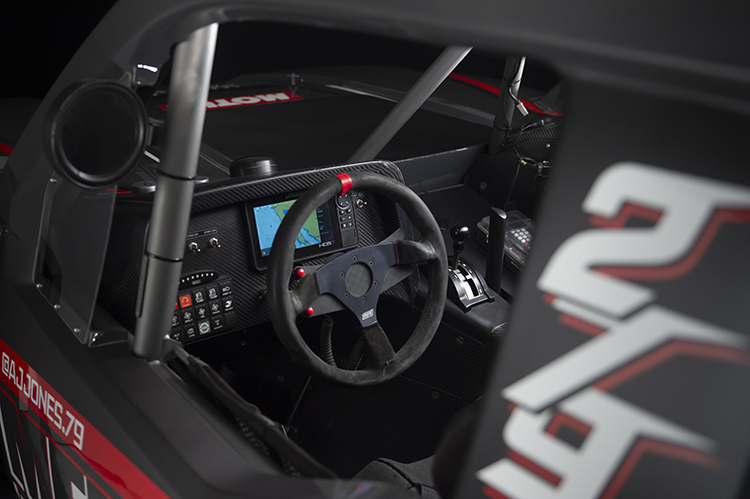 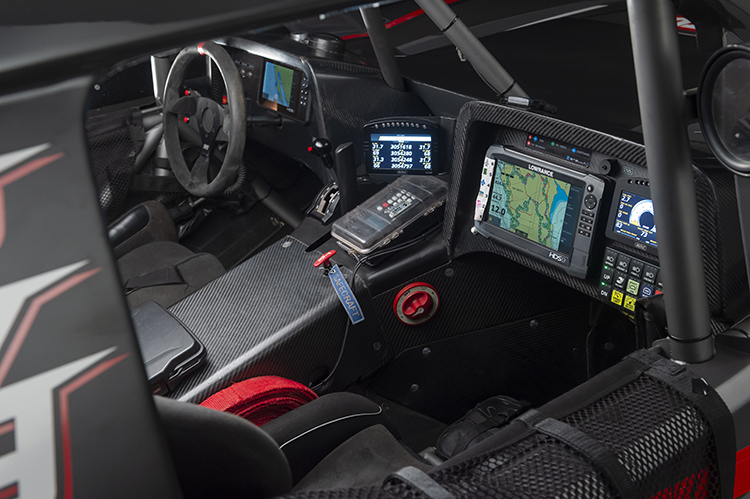 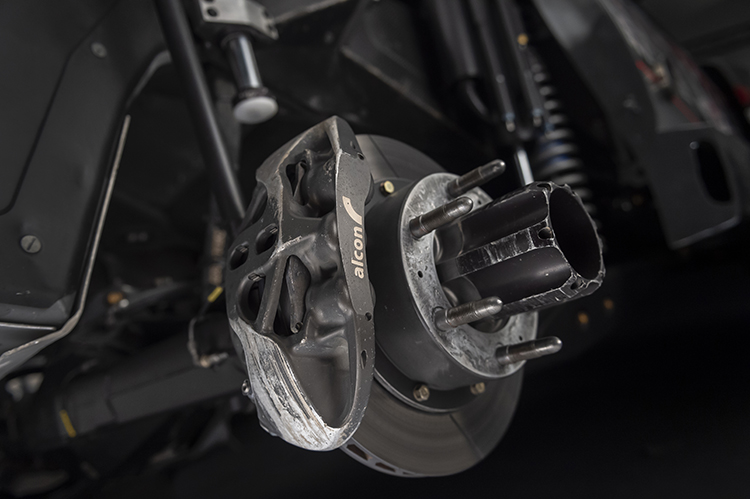 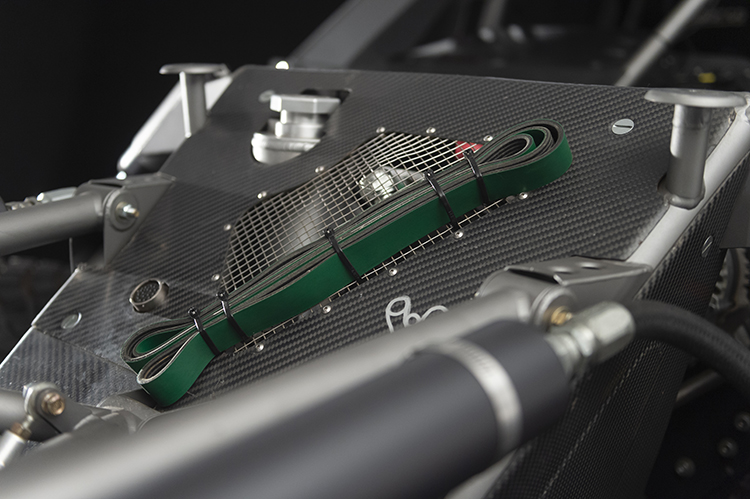 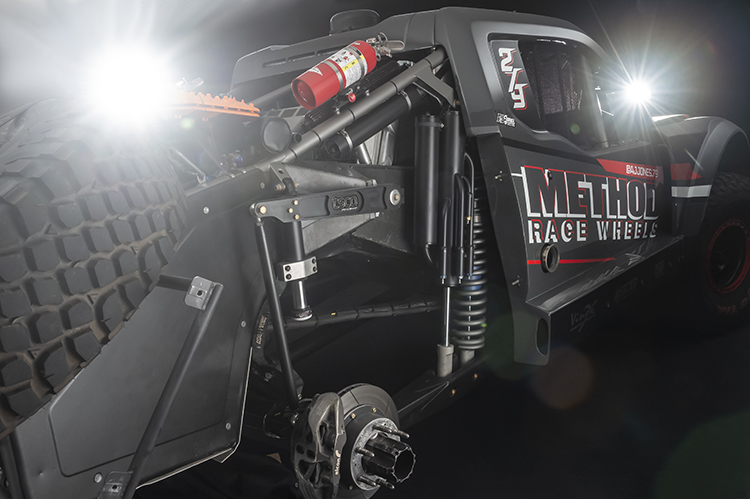 Make sure to follow AJ on his social media platforms for any updates. AJ is running 103 Method Race Wheels. However if you need a street legal version, you can opt for the 315 wheels which will give you the look of a beadlock wheel.