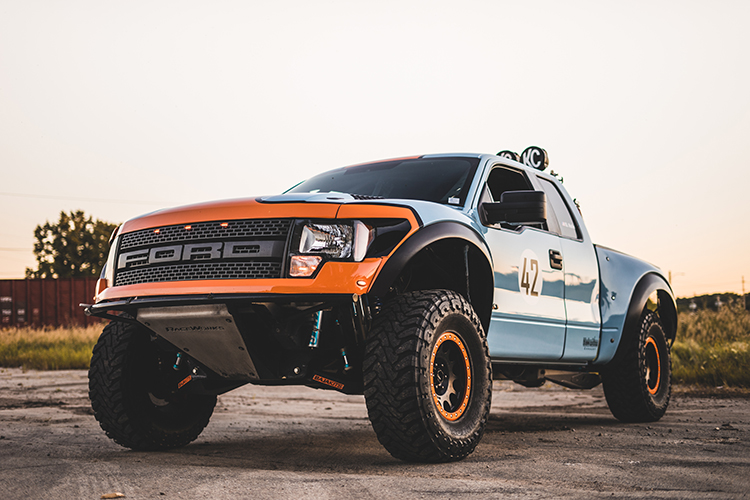 It’s safe to say that Dylan Rollo’s 2012 F-150 XL 2WD isn’t your ordinary F-150. His story began seven years ago when he had an unfortunate accident while riding his CBR1000 motorcycle that paralyzed his right arm. Once he recovered, he started looking at safer transportation alternative. It was only until he stumbled upon two videos of Stewart’s Raceworks series on their Raptor builds and SVC Smurfrunner where he gathered inspiration for his next project. Dylan and his best friend saw an awesome opportunity that you wouldn’t normally see in Appleton, Wisconsin considering there is no desert. This was Dylan’s chance to build something and get his life back on track after his accident. 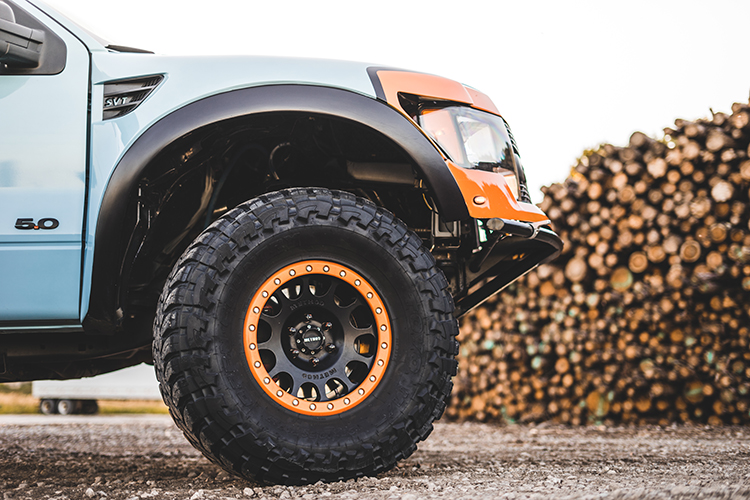 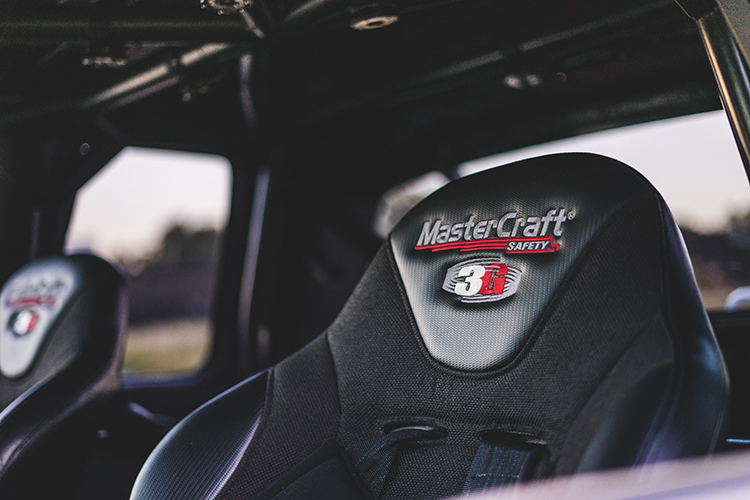 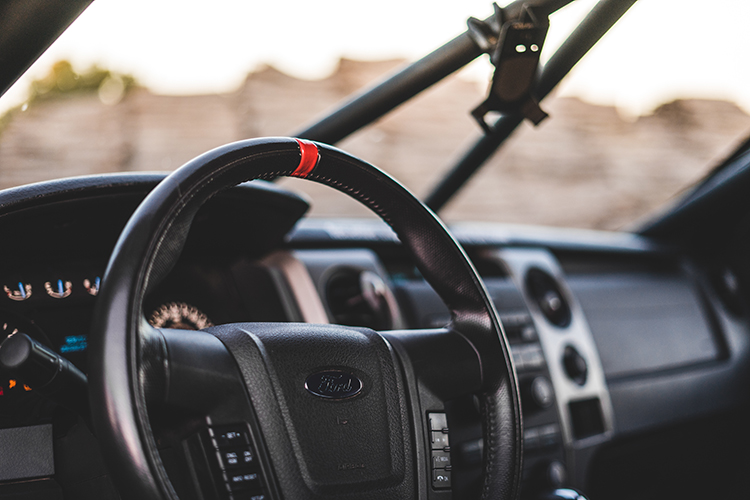 Dylan says, “I use my truck for a little bit of everything! But it shines the most out at silver lake sand dunes in Michigan. I’ve even had the opportunity to run it on a motorcross track which was great. I really love hitting the trails and run it on rally style roads, it’s the best way to scare the family! It’s also a blast around town as well, it has become the date night vehicle for my wife and I, mainly because it makes me feel like my hard work and countless dollars paid off when every person or car you pass is starting or giving you a thumbs up! I’d be lying if I said I didn’t love the attention it gets! Haha!” 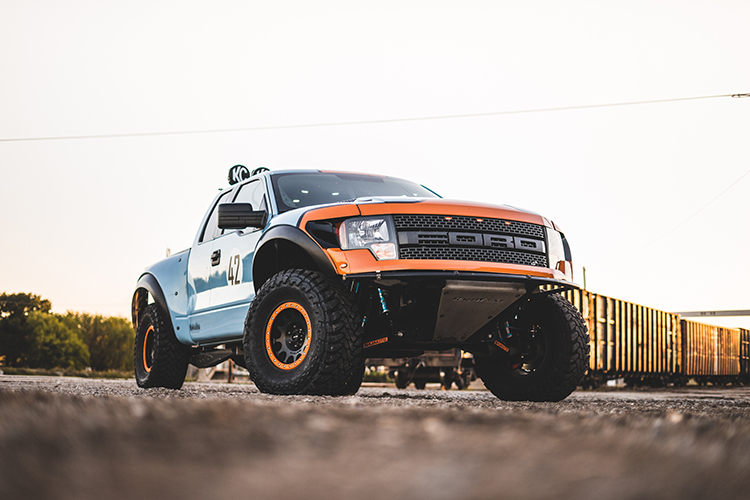 The exterior gets a facelift with a Raptor conversion and a menacing Baja Kits F-150 race kit. If you haven’t caught it yet, the aqua and orange exterior is a tribute to Gulf Oil’s popular livery that originated in the 60s and made even more famous in Steve McQueen’s Le Mans movie. As a hardcore Ford fan Dylan wanted to do it as accurately as possible. His friend Luke helped him make his vision a reality aven down to the exact paint codes from the original Gulf GT40. Many people will also miss the horseshoe decals that were famous back then. 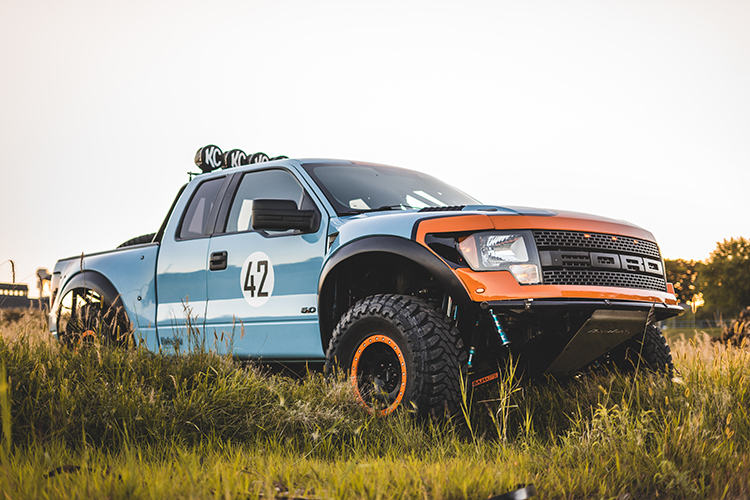 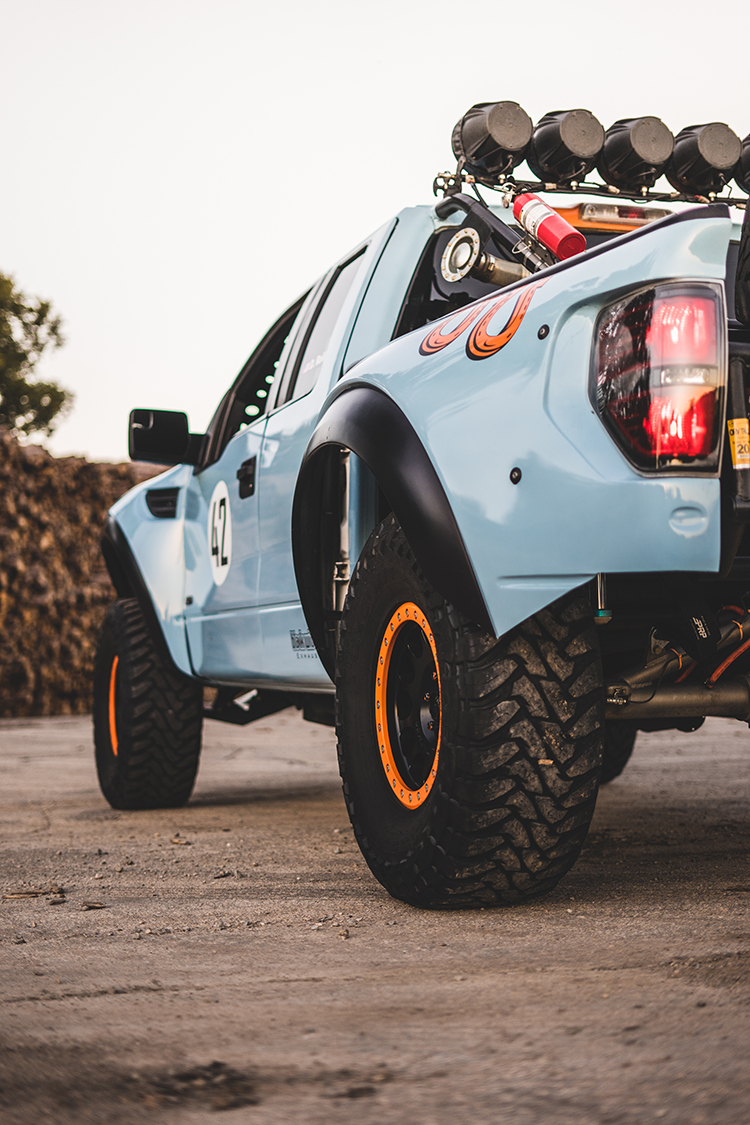 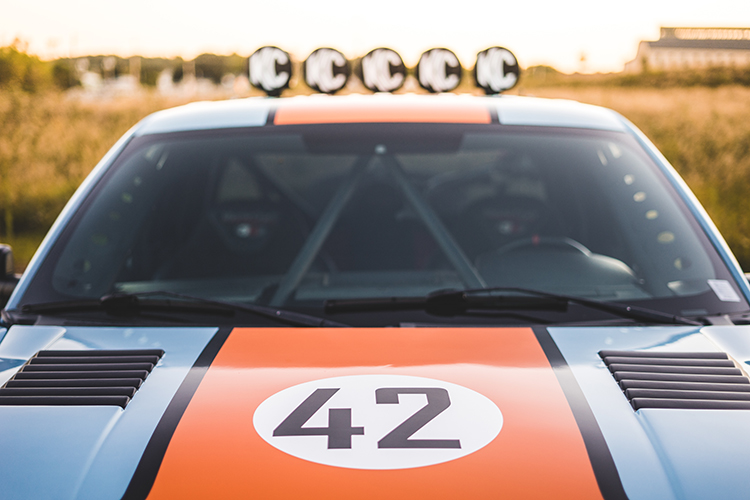 For wheels, Dylan went with aggressive Method Race Wheels 105 beadlocks wrapped with Toyo 37”tires. However, Dylan’s favorite modification to his truck is his shifter. “Because the truck was originally an XL it had a column shift and with my arm issue, off roading took much more finesse because it would jump gears and I couldn’t reach the shifter to use my manual mod. A good friend of mine sat down with me one day and we extended all the wires so that it was a center console shift like a stock Raptor would have. It was a huge thing for me bcause it was something I wanted to do since I got the truck, but just needed a little bit more brainpower in the wiring area!” Dylan explains. 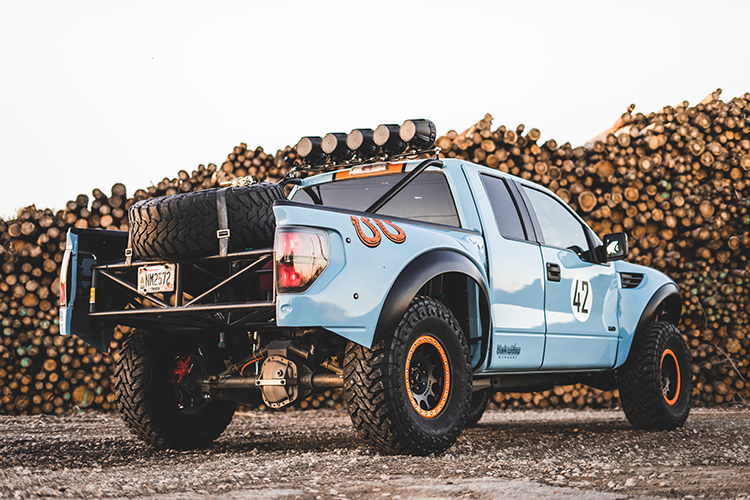 As it turns out Dylan isn’t the only one who gets joy out of the truck. He loves giving people the experience to ride in a race truck. “You take someone who has only ever ridden in a car or a truck with a lift kit, which in our area is looked at as performance suspension, and strap them into a racing seat that they can’t buckle themselves into, give them an intercom headset and jam the brakes into the first corner and 3 wheels out of it is something they never felt. I have the comfort level to know what to safely push the equipment to and seeing the reaction on passengers’ faces makes it all worth it! My wife doesn’t think it’s as funny as I do, but she enjoys getting pictures of her family’s reactions just as much as me.” 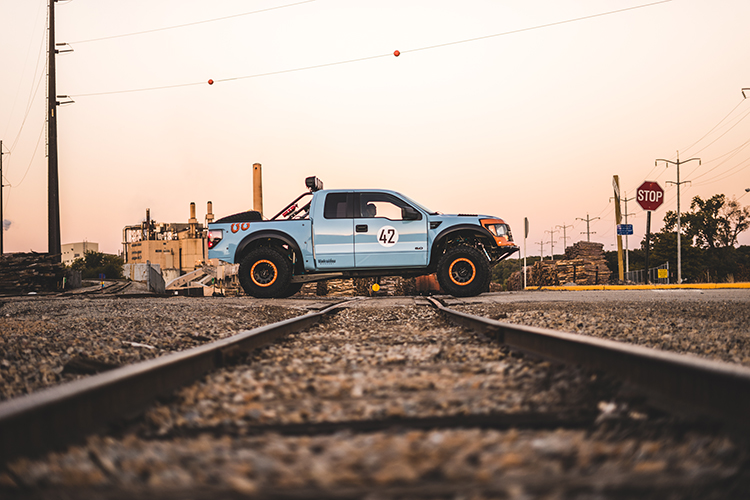 Dylan’s accident may have been a downer, but what’s tougher than a Ford is the human spirit that he is a true example of. If there’s anything that we should take from Dylan’s story is that, when life gives you lemons, build a race truck. 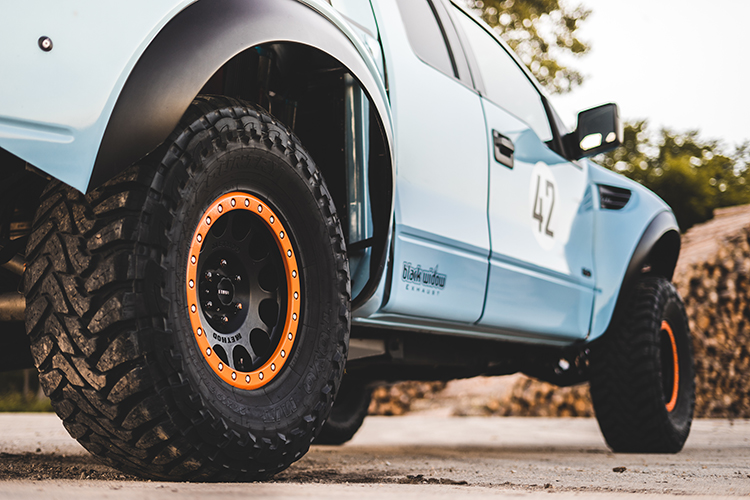