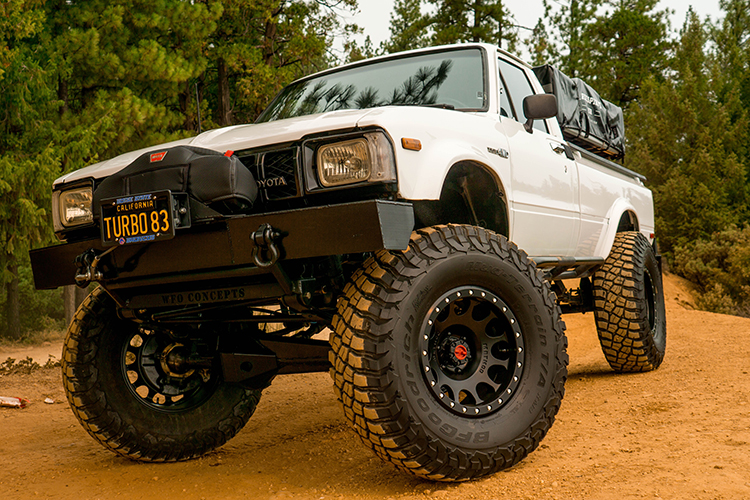 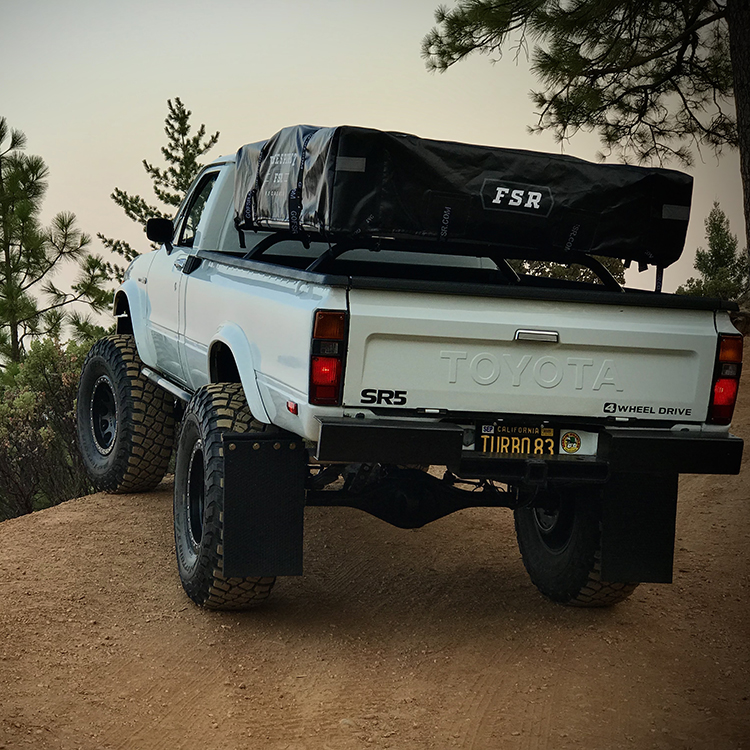 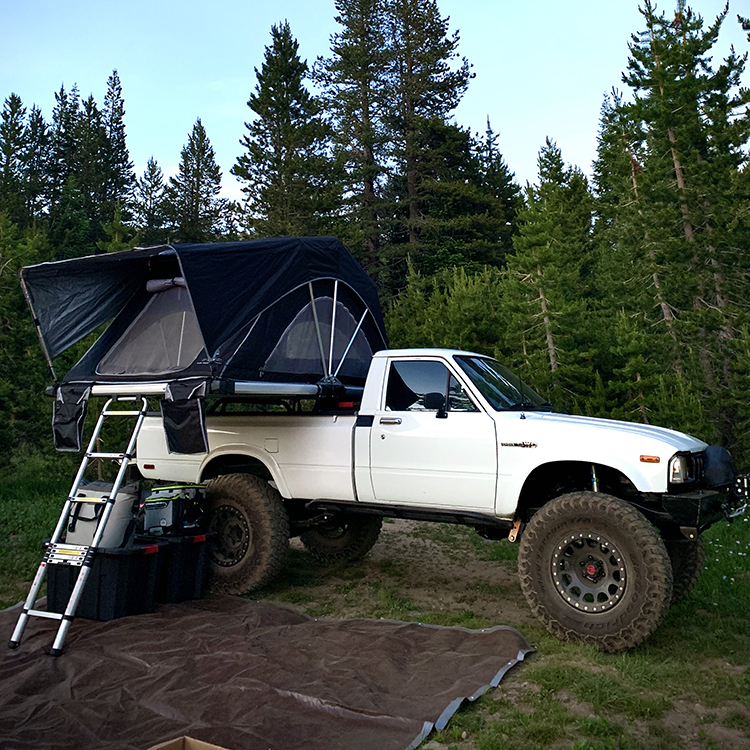 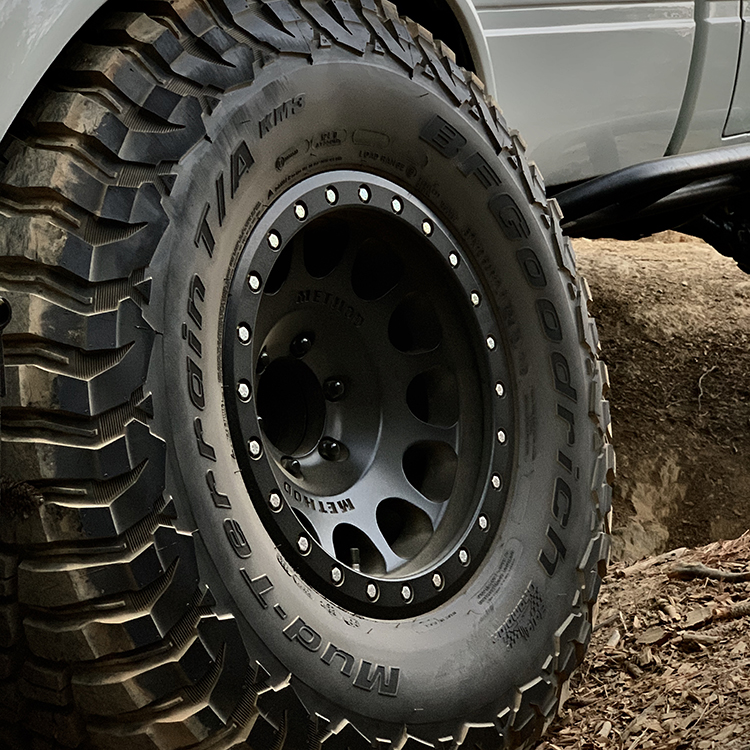 Mason Dotto’s father purchased this 1983 Toyota Pickup 4x4 truck to use for work. Mason' father was a painting contractor in the Northern California's bay area and used the truck for many years until he bought a different truck for work. When it was time for Mason’s older siblings to learn how to drive they opted for the Toyota truck for a few years only until they realized they needed a crucial creature comfort—air conditioning. It wasn’t until 2013 where Mason turned 15 years old and couldn’t stand seeing his dad’s trusty Toyota collect dust and leaves under a tree. Mason decided to pull it out and get it back on the road. 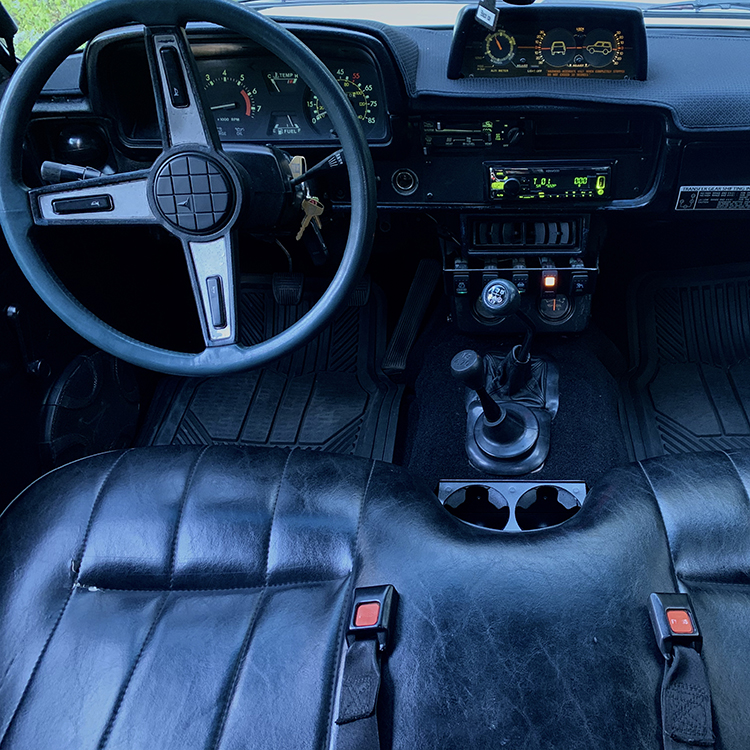 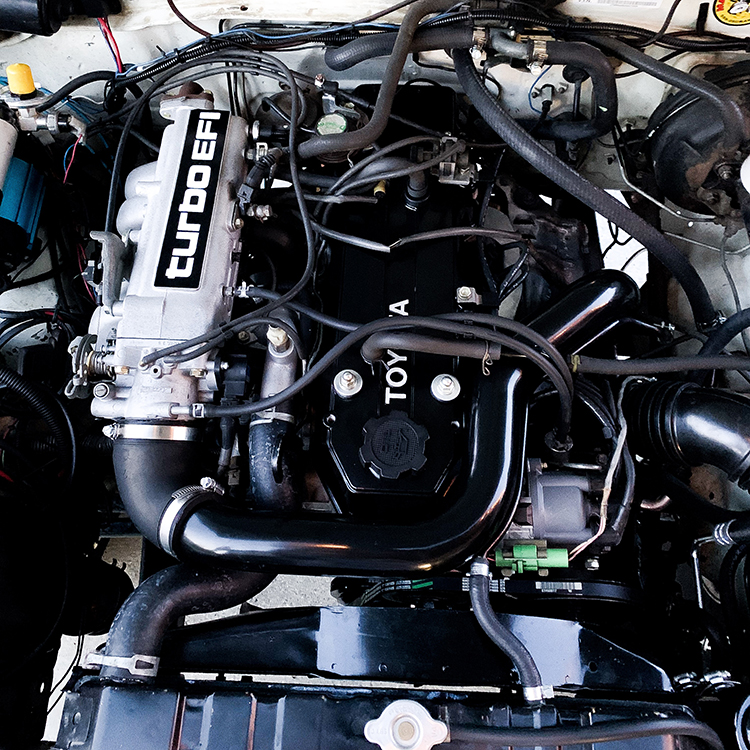 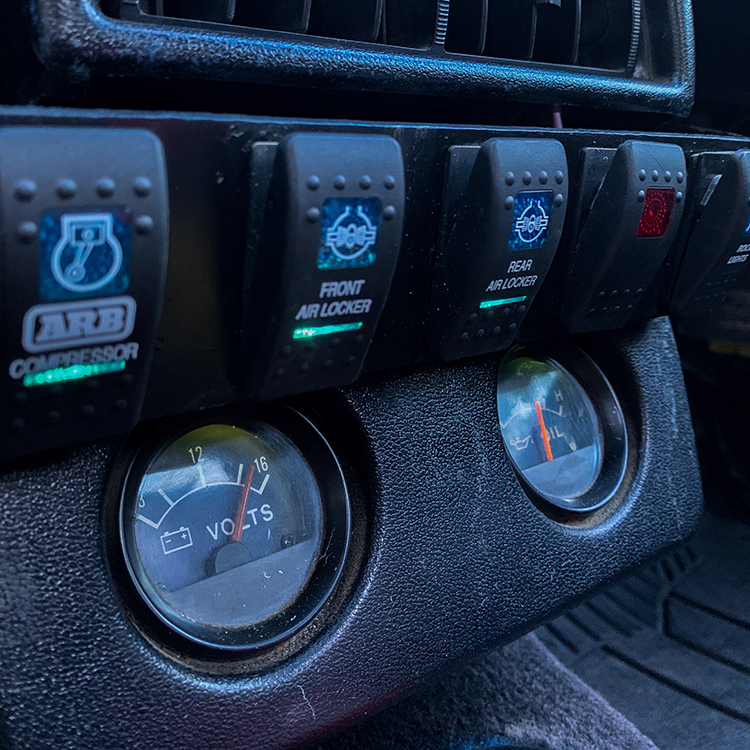 Mason says, “The first modification I did was build a custom front bumper with the help of my dad. After this, I took it out 4-wheeling and I was amazed with how capable it was as a stock truck. I wondered how capable it could become with some more modifications and the rest was history.” 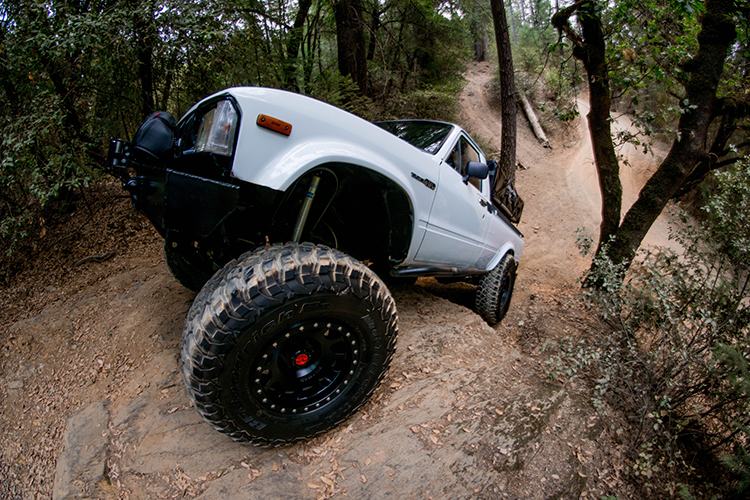 Mason’s goal was to keep it simple. He wanted a capable rock crawler, overlanding vehicle and a comfortable enough to be a daily driver. When it came down to it, his main inspiration came from his friends and family who had rock crawling and off-roading hobbies. Mason eventually landed a job at WFO Concepts as a Differential Technician where he’d work on high-end off-road vehicles, rock crawlers and manufactured top of the line off-road parts. Mason adds, “Having this job gave me a lot of inspiration to build my truck into what it is today. I even commuted the truck to work 40-50 miles every day on 35-inch tires with the stock 22r motor.” 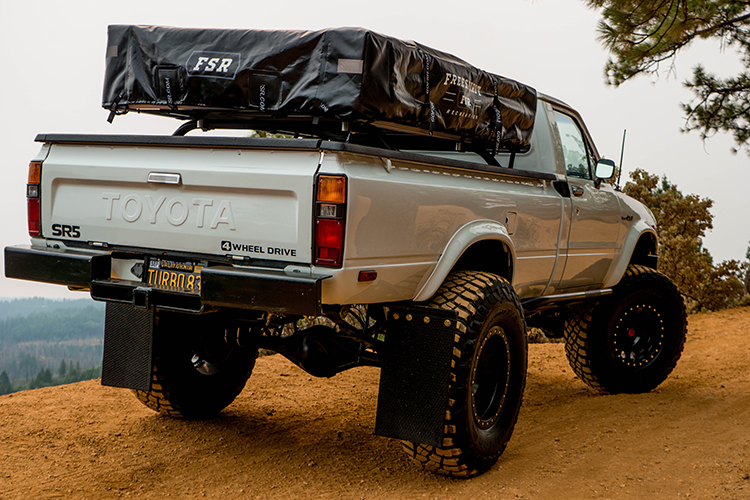 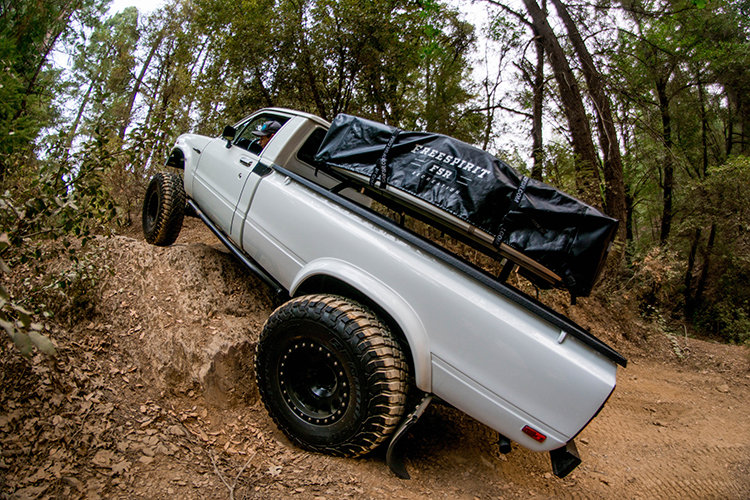 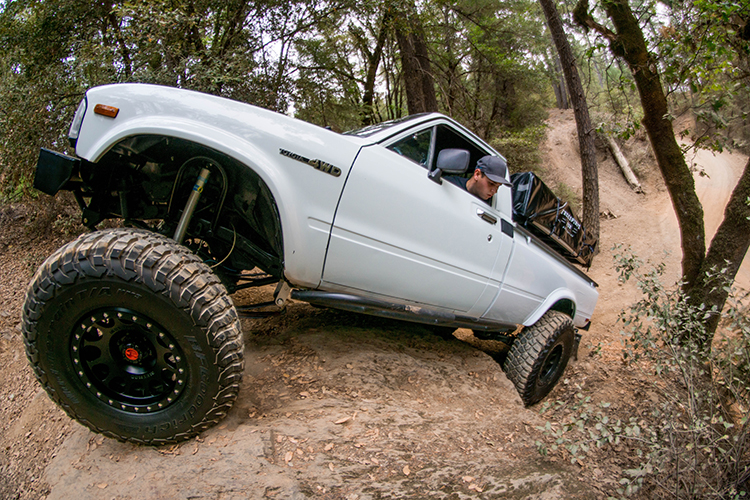 After a few years of rock crawling in the truck and commuting to work every day, Mason decided the truck was ready for something new. The 22r motor just wasn’t cutting it anymore so an engine swap was in order. He made friends with Marlin Czajkowski of Marlin Crawl in Fresno, CA and explained to him that he came up with a 1987 4Runner with a 22RT-E turbo motor and wanted to do an engine swap. However Mason had a few, not so simple, requests such as being California Smog Legal, able to pass the BAR and he wanted to utilize his factory dash. This was difficult because the 22RT-E 4Runner motor had a digital dash. Marlin stepped up and was eager to tackle the project. The engine swap was a 2-3 year project alone, but Mason say it was worth it. 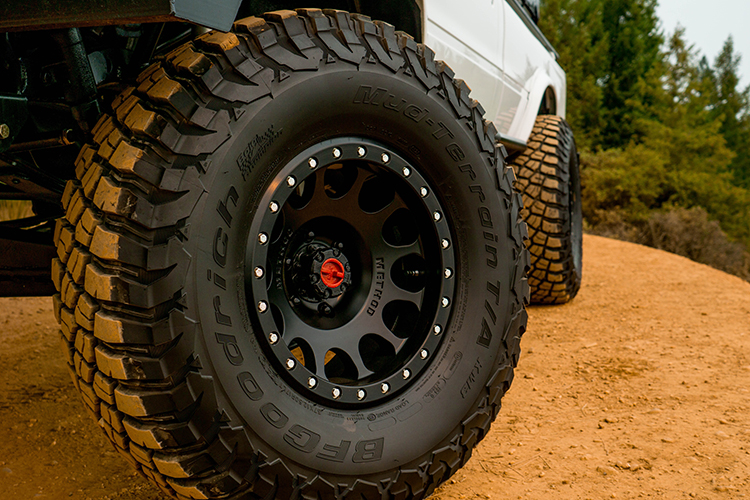 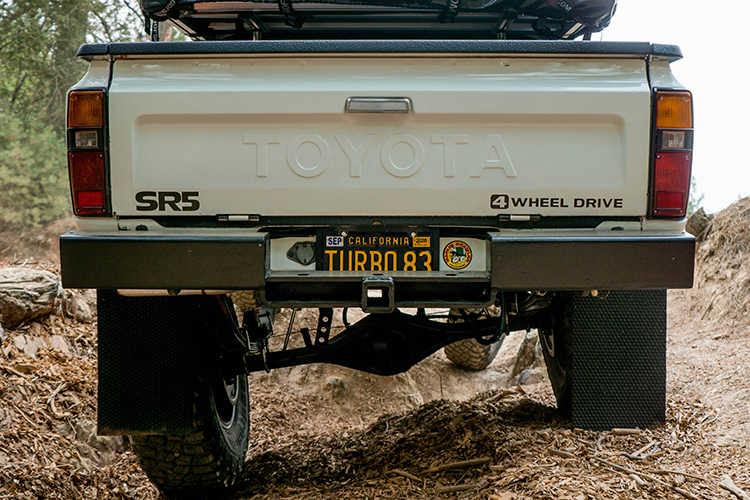 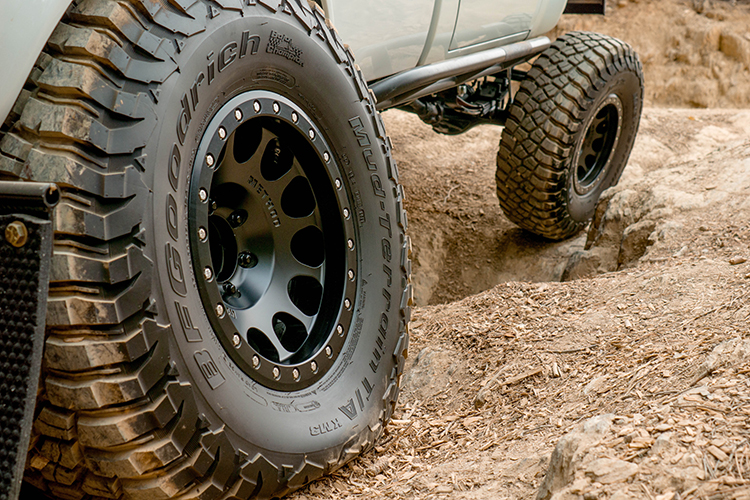 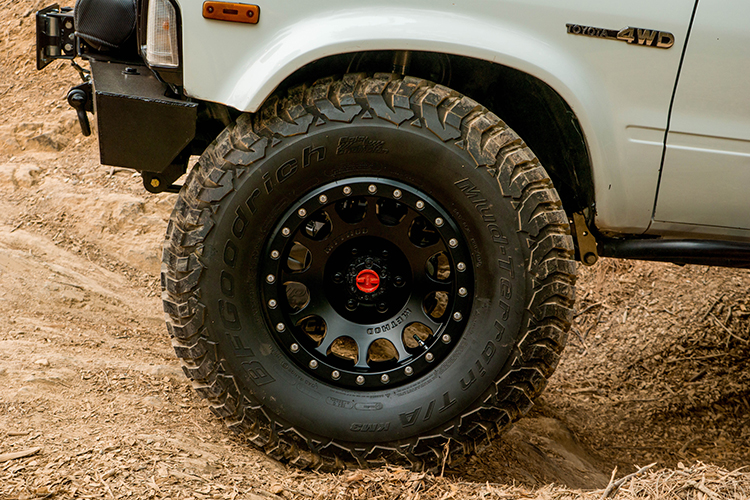 Next on Mason’s to-do list was a proper set of wheels and decided to go with Method Race Wheels 105 beadlock wheels wrapped with BFGoodrich rubber. Some body work and a fresh paint job was also completed to finish how it sits today. Prior to installing his Method Wheels he would always fear that he’d lose a bead while on a trail aired down to 5psi or lower, but now that he’s on the 105 wheels he no longer has that fear and also happens to be one of his favorite parts on the truck. 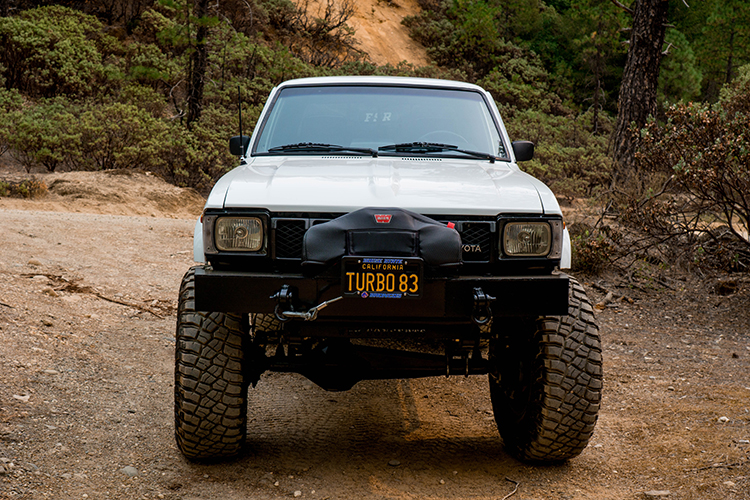 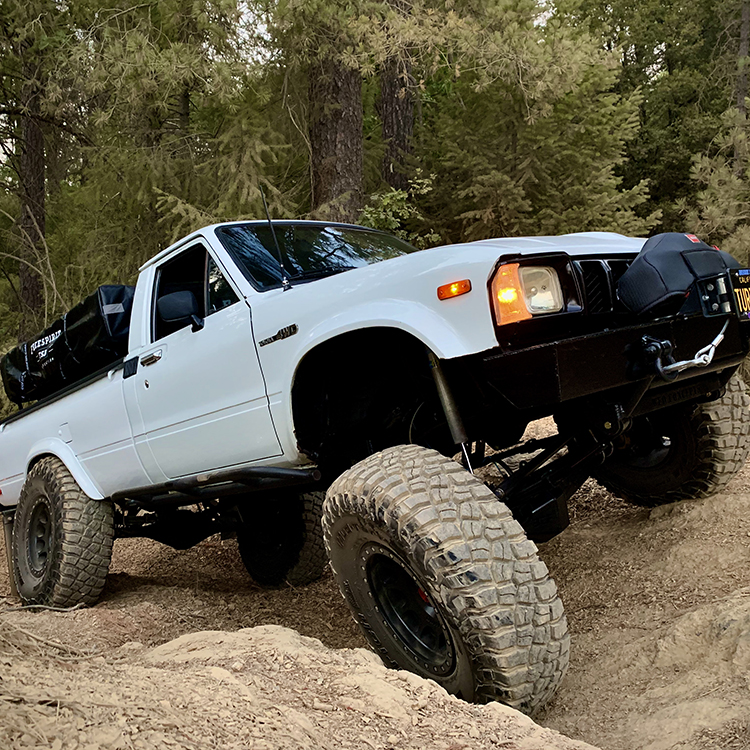 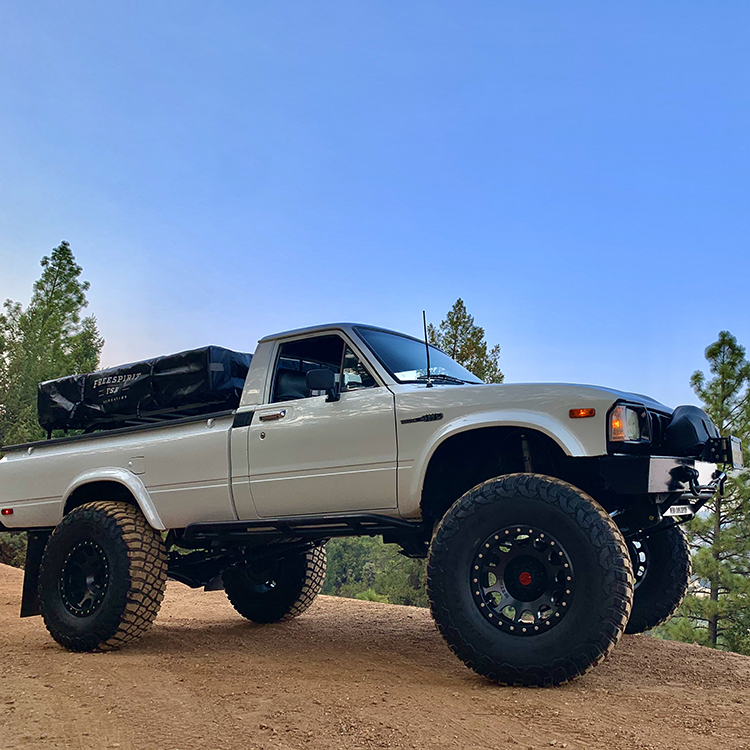 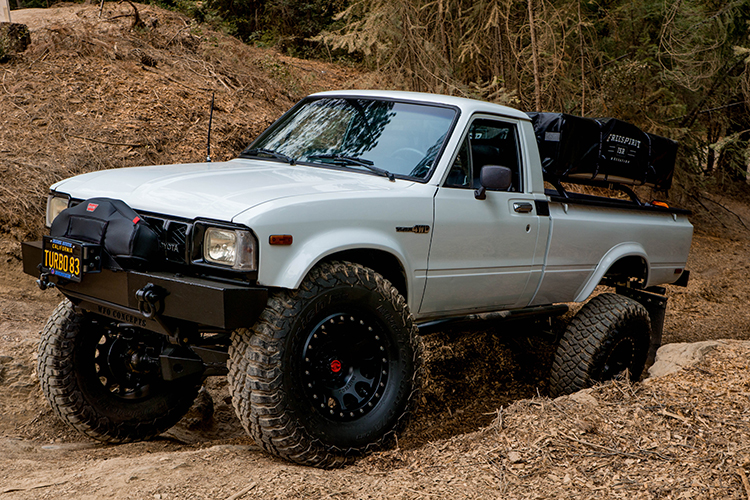 Mason is happy with the way the truck currently is and doesn’t plan on any modifications for awhile. However when the time comes, he might choose to link the front end with coilover shocks. We think this truck is perfect as it is too. We're sure it is more than capable of handling a few years of rock crawling and off roading. 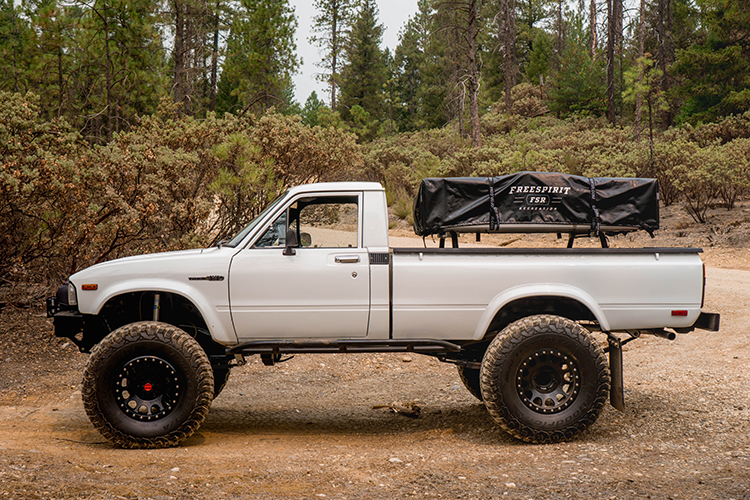 Mason’s 1983 Toyota Pickup is equipped with 105 Method Race Wheels from our Race Series. For more info read below.