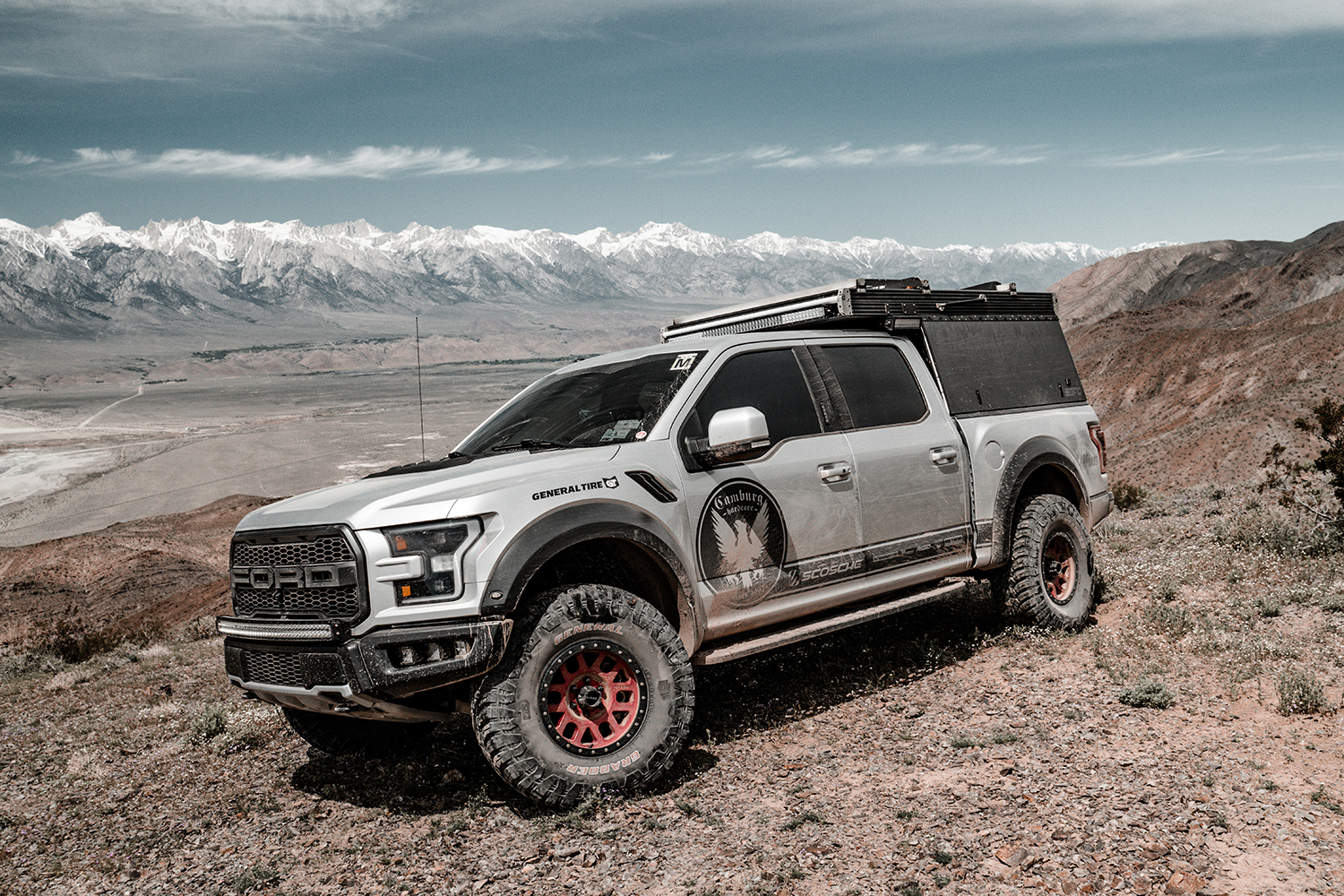 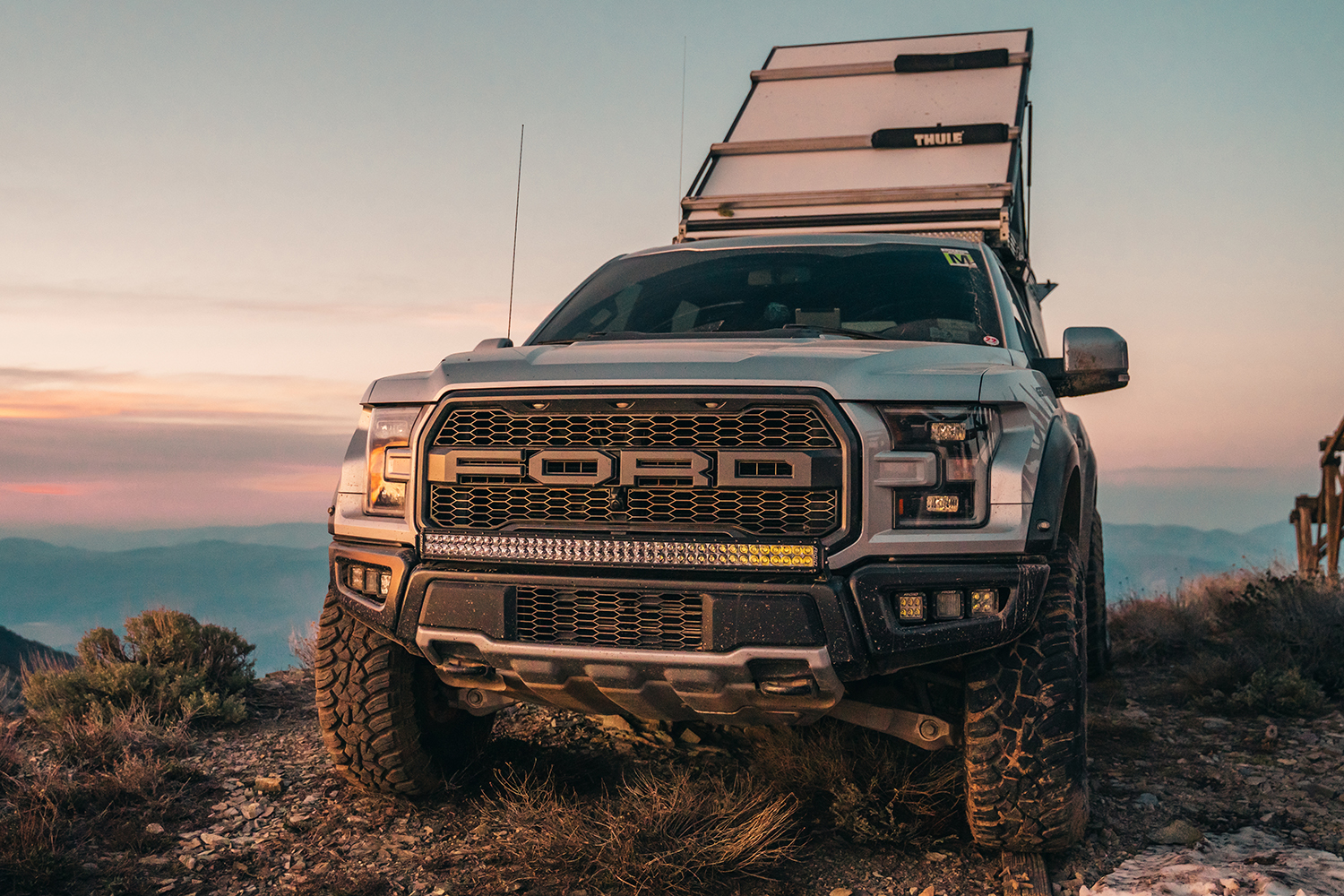 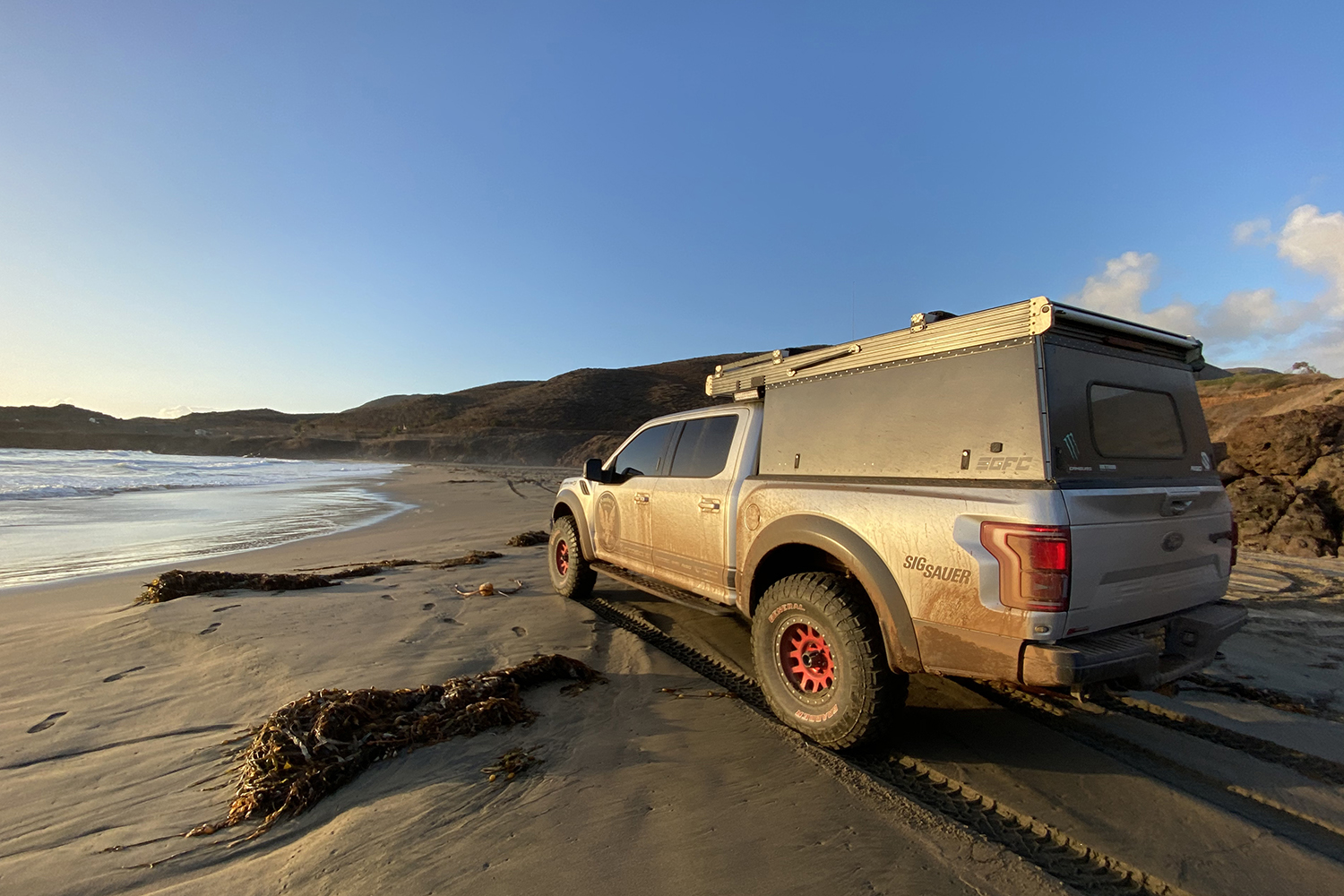 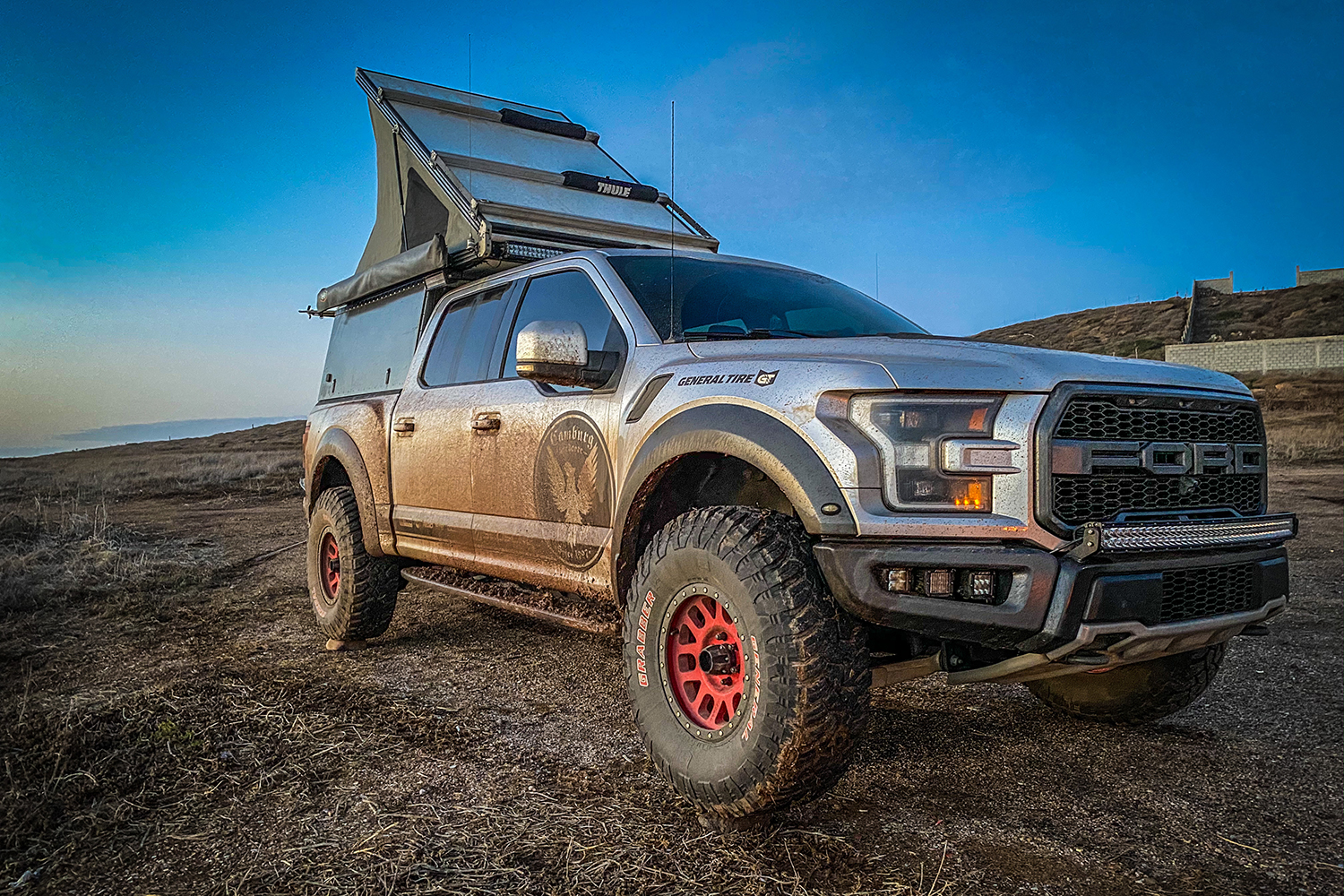 When Jerry Zaiden decided to build his Ford Raptor he needed it to check a lot of boxes. Things such as being a daily driver for work, being able to run errands, take the family out, head to the beach and surf. On road trips the Ford Raptor had to be able to run hard down in Baja to chase races and also be able to hit forest and desert trails and crawl to reach the perfect isolated camping spot. This is Jerry’s end result. 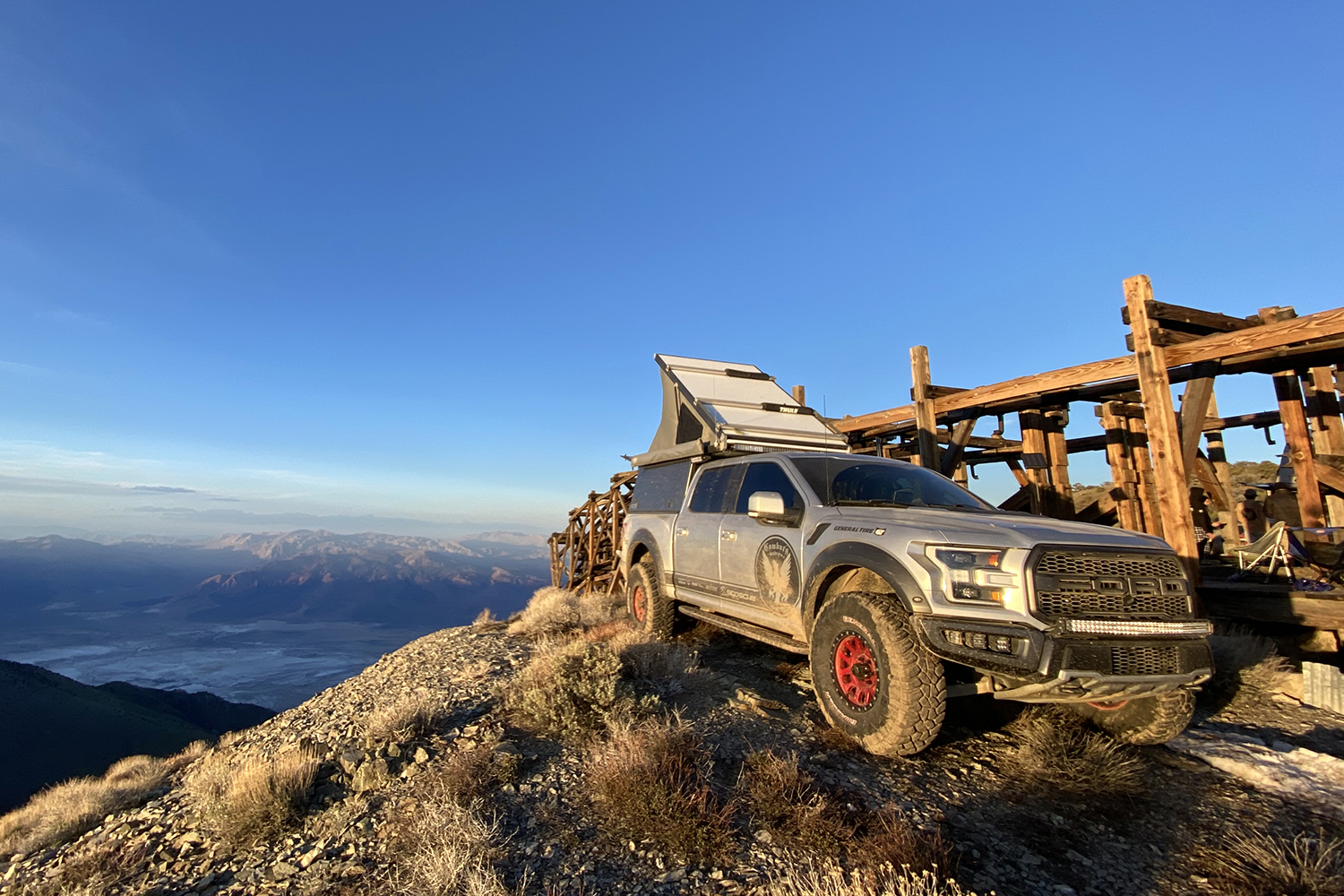 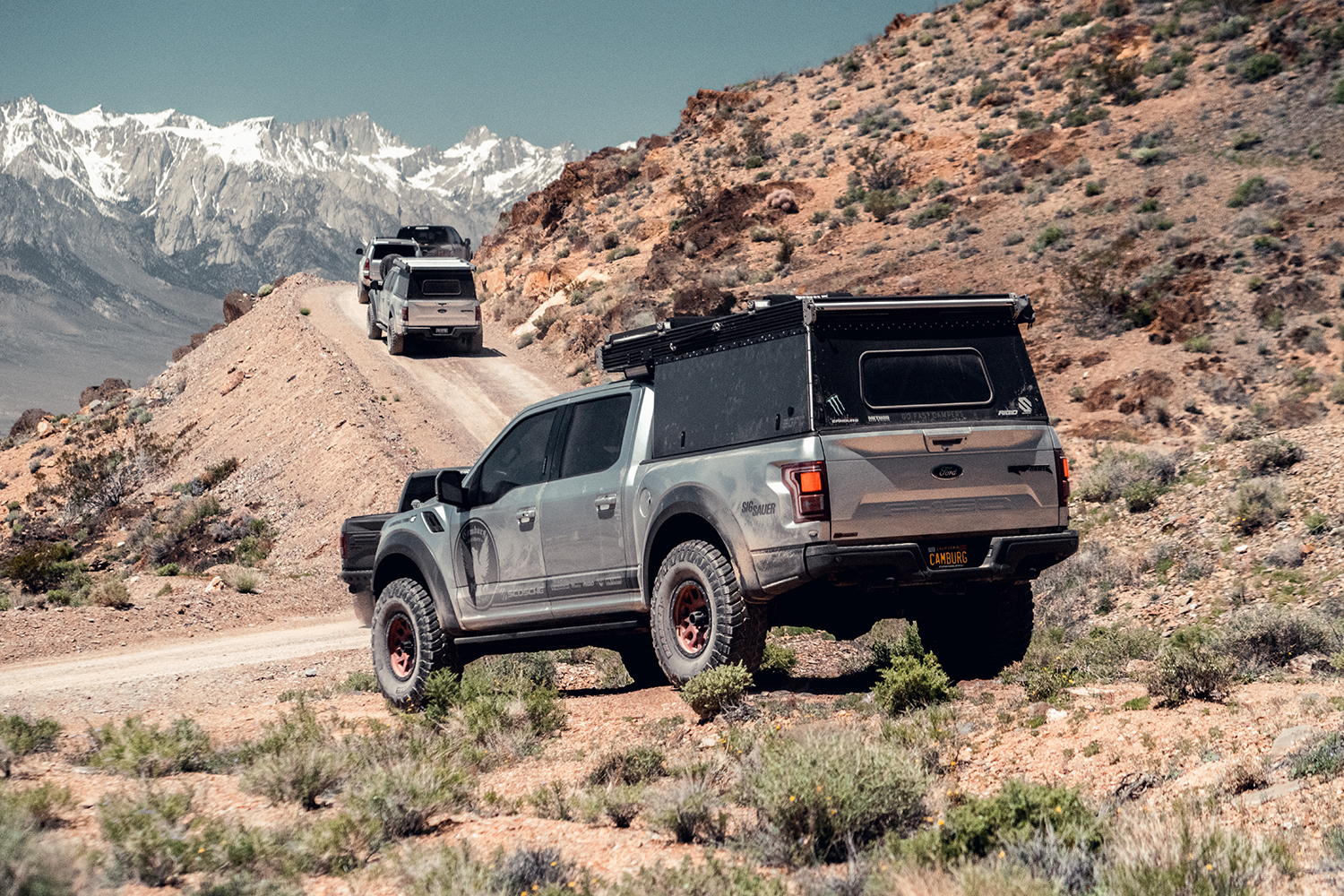 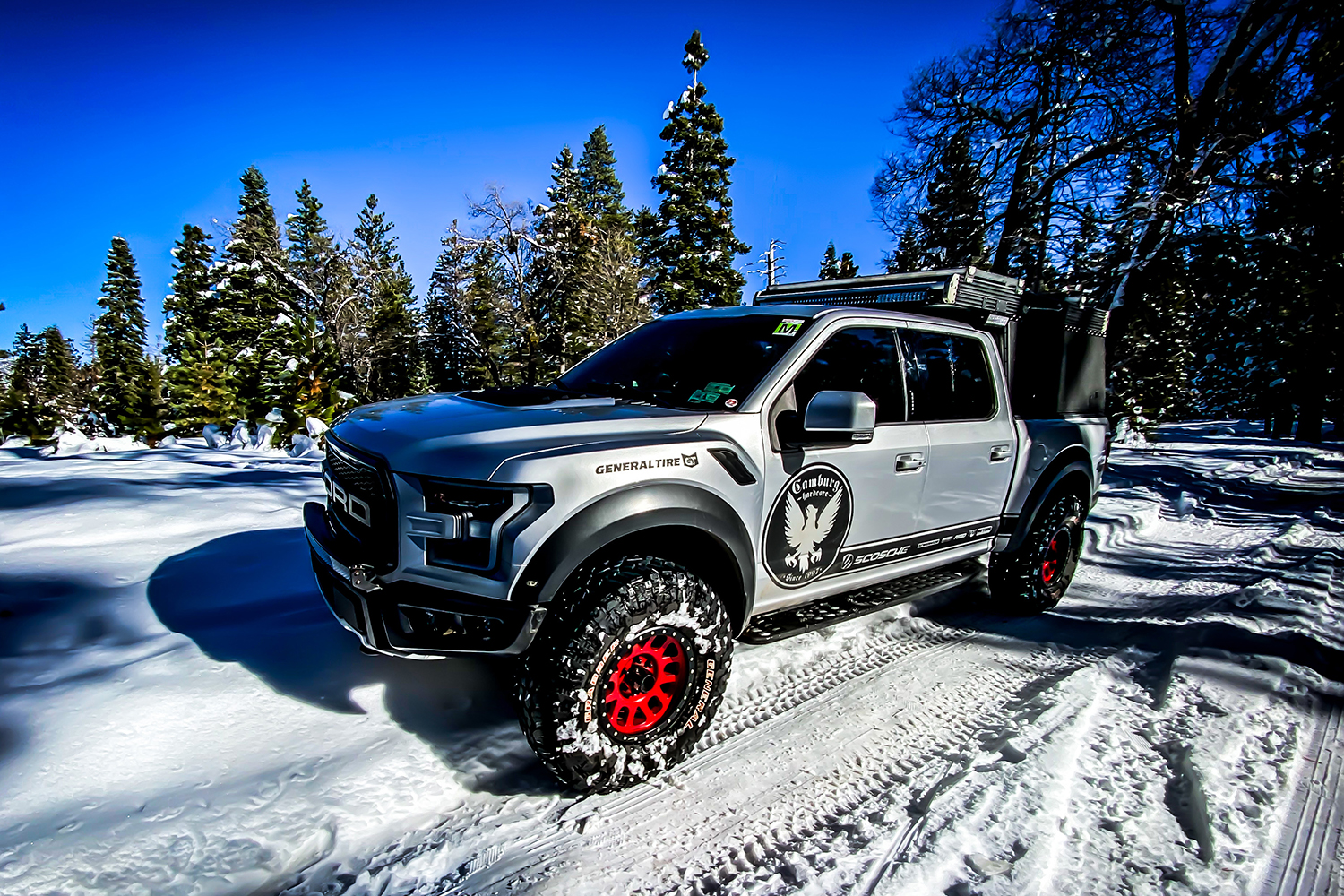 As you would expect from one of the owners of Camburg, Jerry’s Raptor is equipped with Camburg Elite Performance system. Consisting of FOX 3.0 front and rear shocks, a Camburg KINETIK series upper control arms and rear bump stop system with Deaver leaf springs. With this setup Jerry is able to adjust and dial in the suspension for how he wants it to ride. 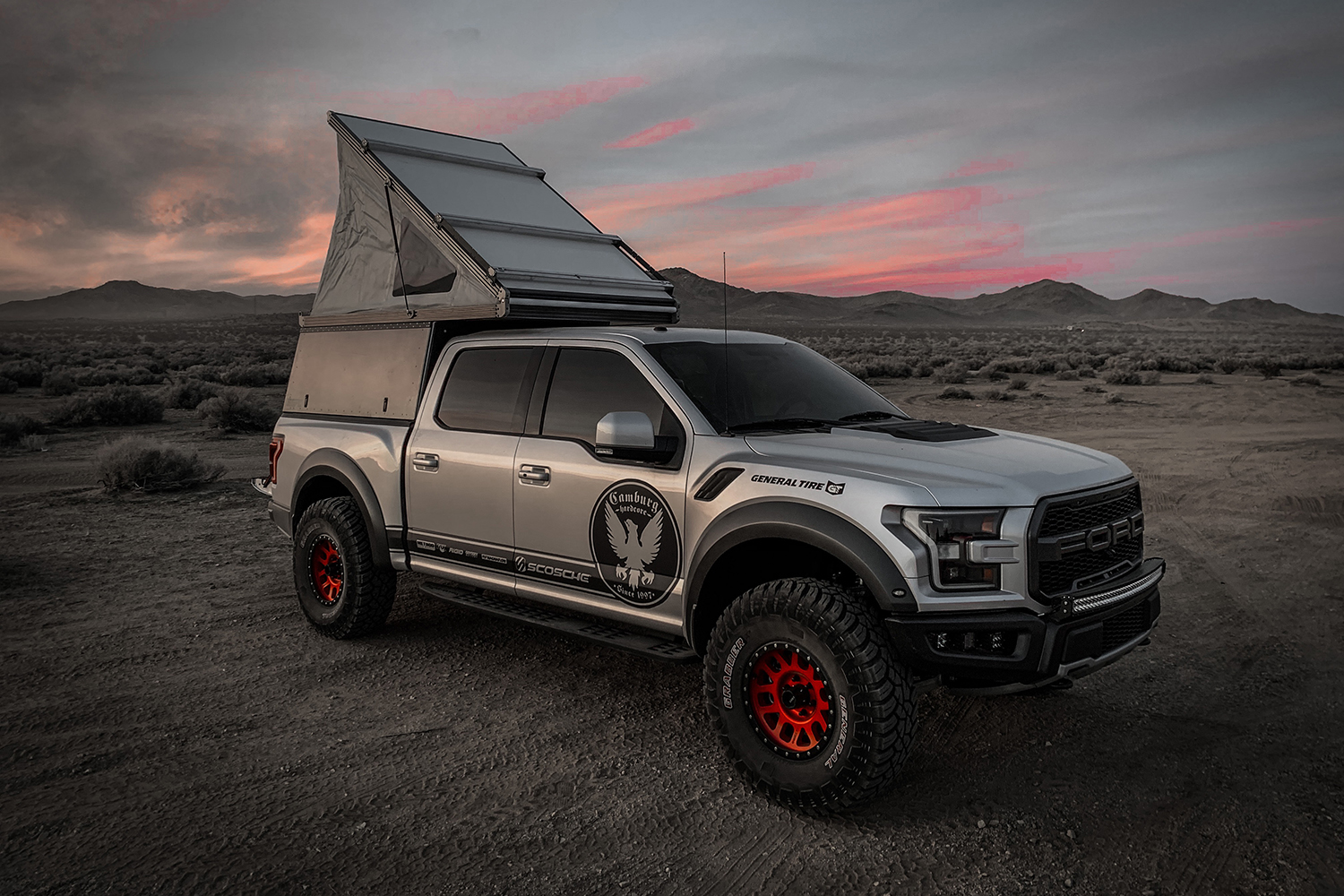 In the wheels and tires department, Jerry opted for 17x8.5 Method 309 wheels wrapped with General Tire’s 37” Grabber X3 tires. Despite the aggressive tread, the tire wears great on the road, dirt and or mud. Jerry says that the Method wheels are the correct offset for his suspension and geometry. Before you hit up our sales team and demand a set of red 309s, Jerry had his set powder coated with Camburg’s race team colors. For power upgrades the Ford Raptor gets a K&N filter paired with a Magnaflow exhaust system for better breathability for the turbocharged engine sitting underneath the hood of the Raptor. Instead of the factory oils that came with the Raptor, Jerry opted for the complete line of Amsoil oils and fluids to battle extreme temps when going off road. 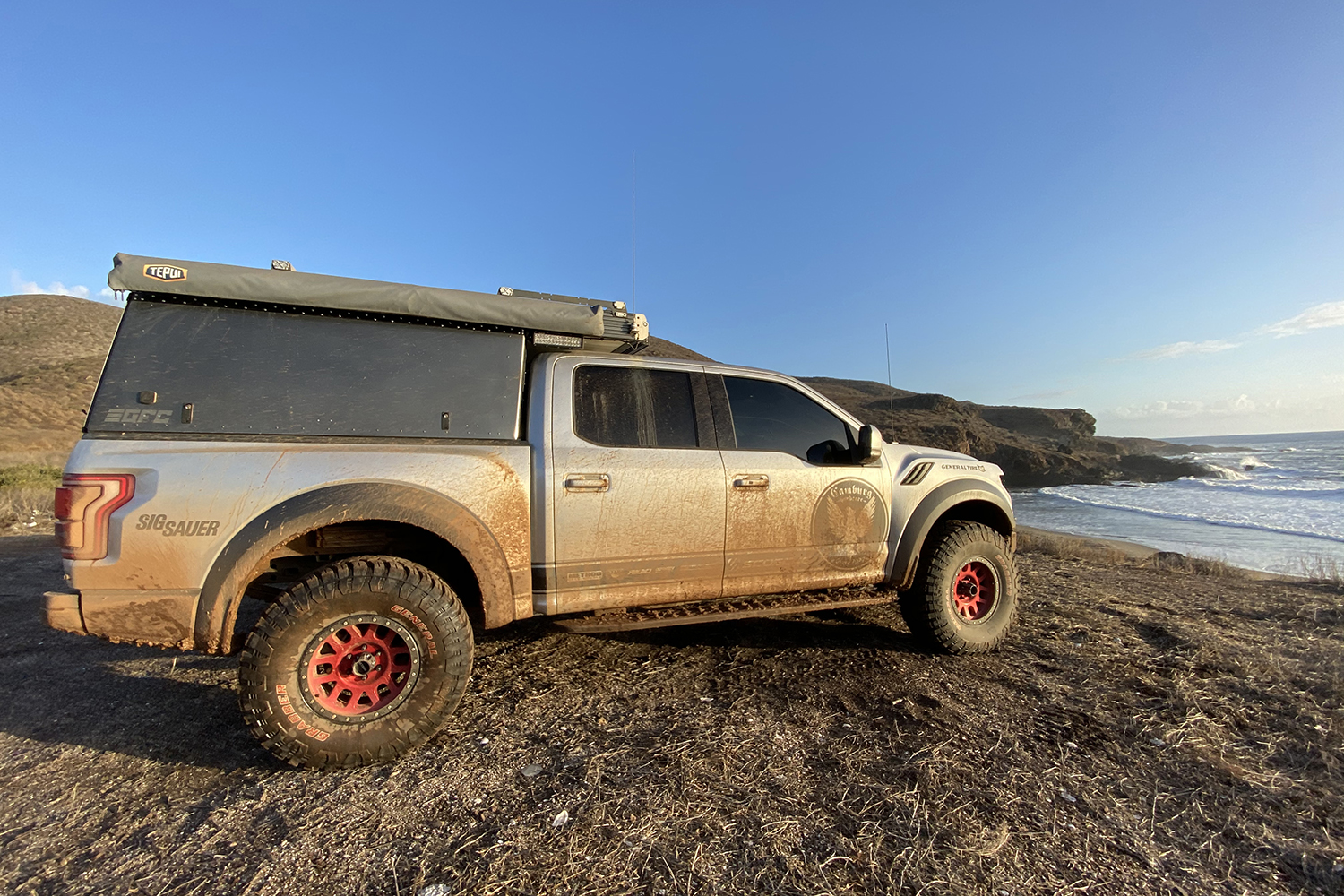 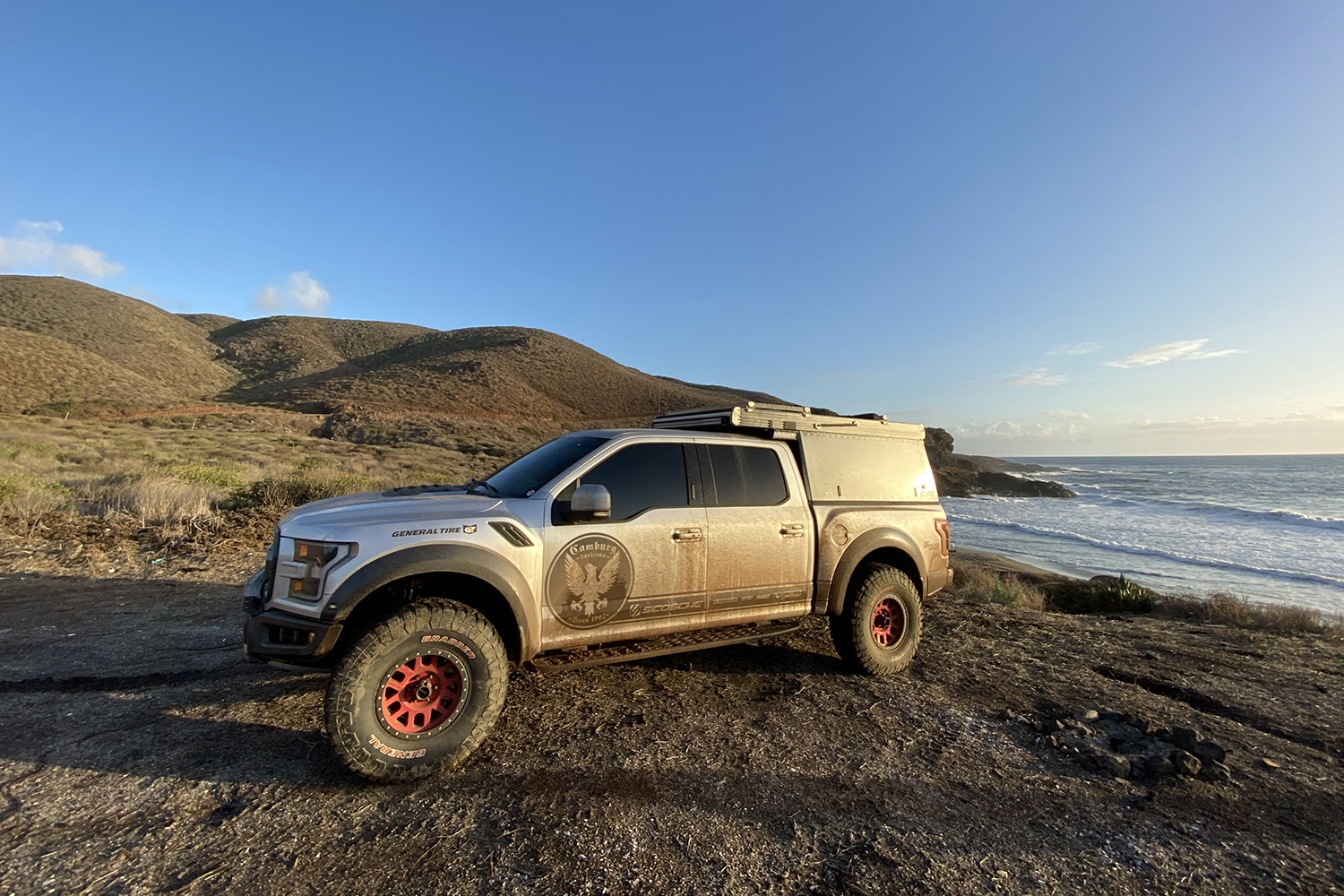 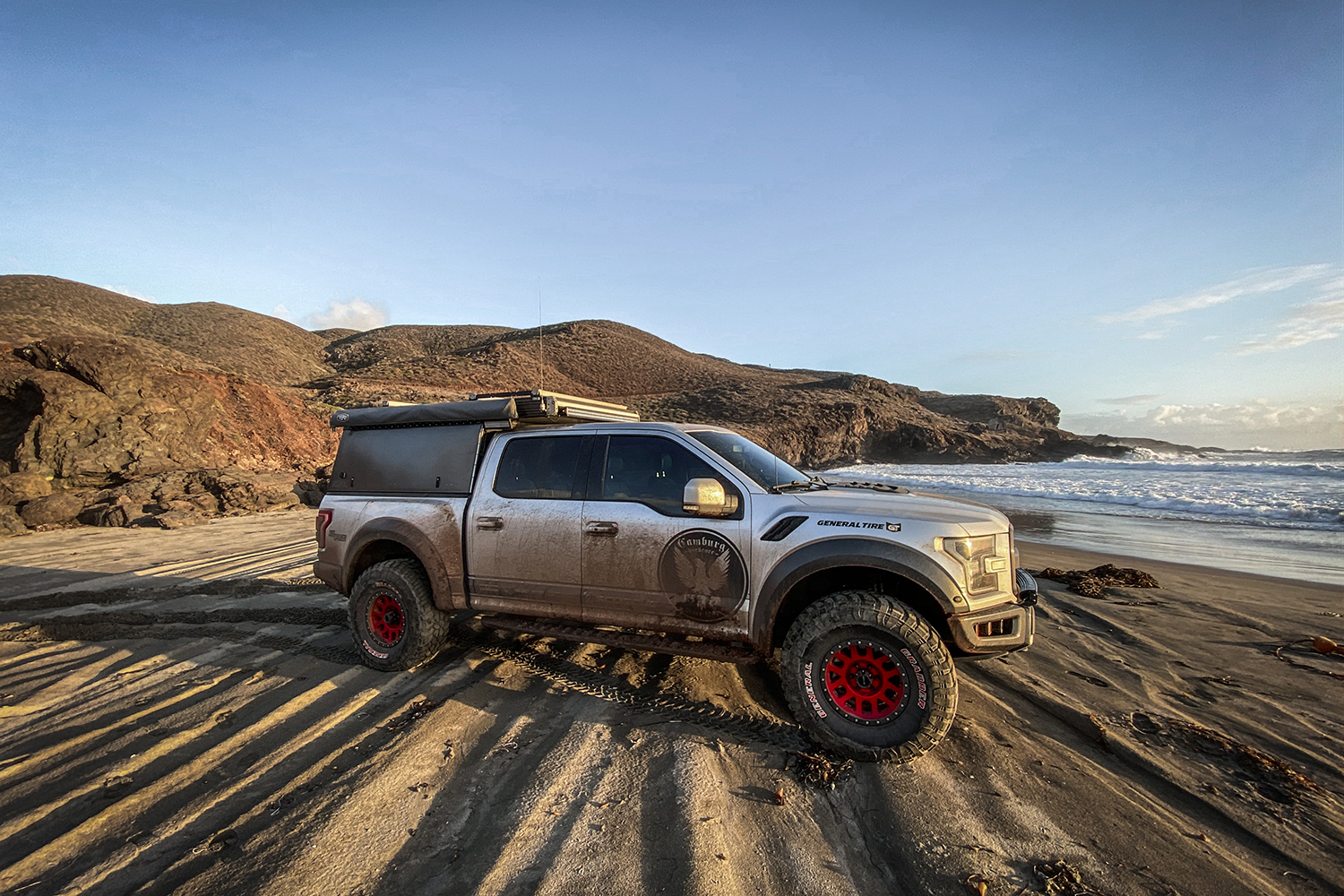 On days where Jerry feels like camping, he utilizes a GFC Camper and Goose Gear storage system for food, supplies and tools if needed. Other convenient features include a Dometic fridge for cold brews, Rigid led work lights and a Rotopax gas can. One useful tool that Jerry uses is the OnX Offroad GPS navigation app on his iPad. The app allows you to see all the local roads, trails and much more. You’ll be able to record your own trail live and set waypoints as you go. For safety reasons Camburg installed a Rugged Radios 60-watt VHF radio kit to communicate with friends or worst case scenario—calling for help. To round out the build accessories by Scosche were installed to mount iPads, GoPros and bluetooth speakers. 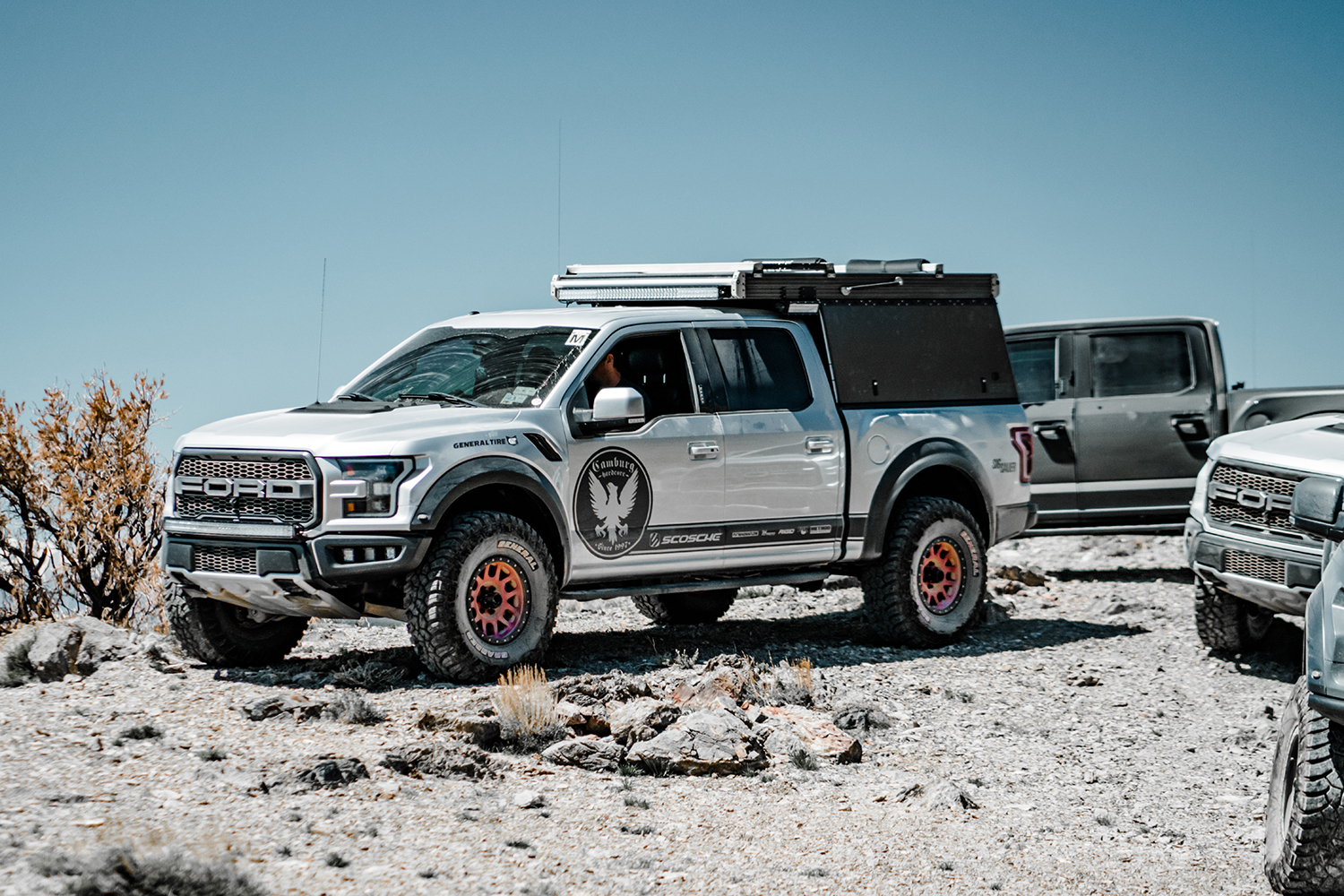 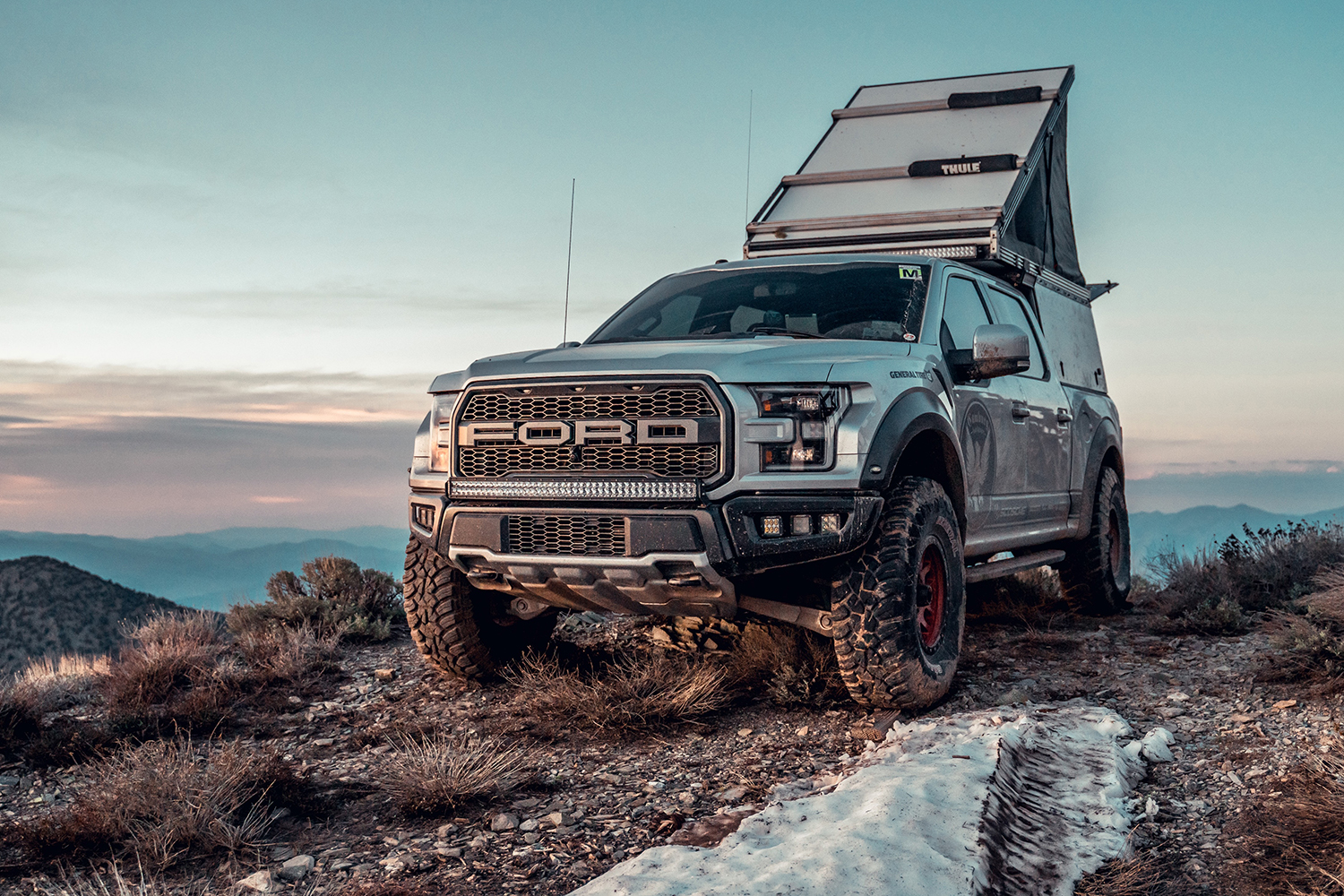 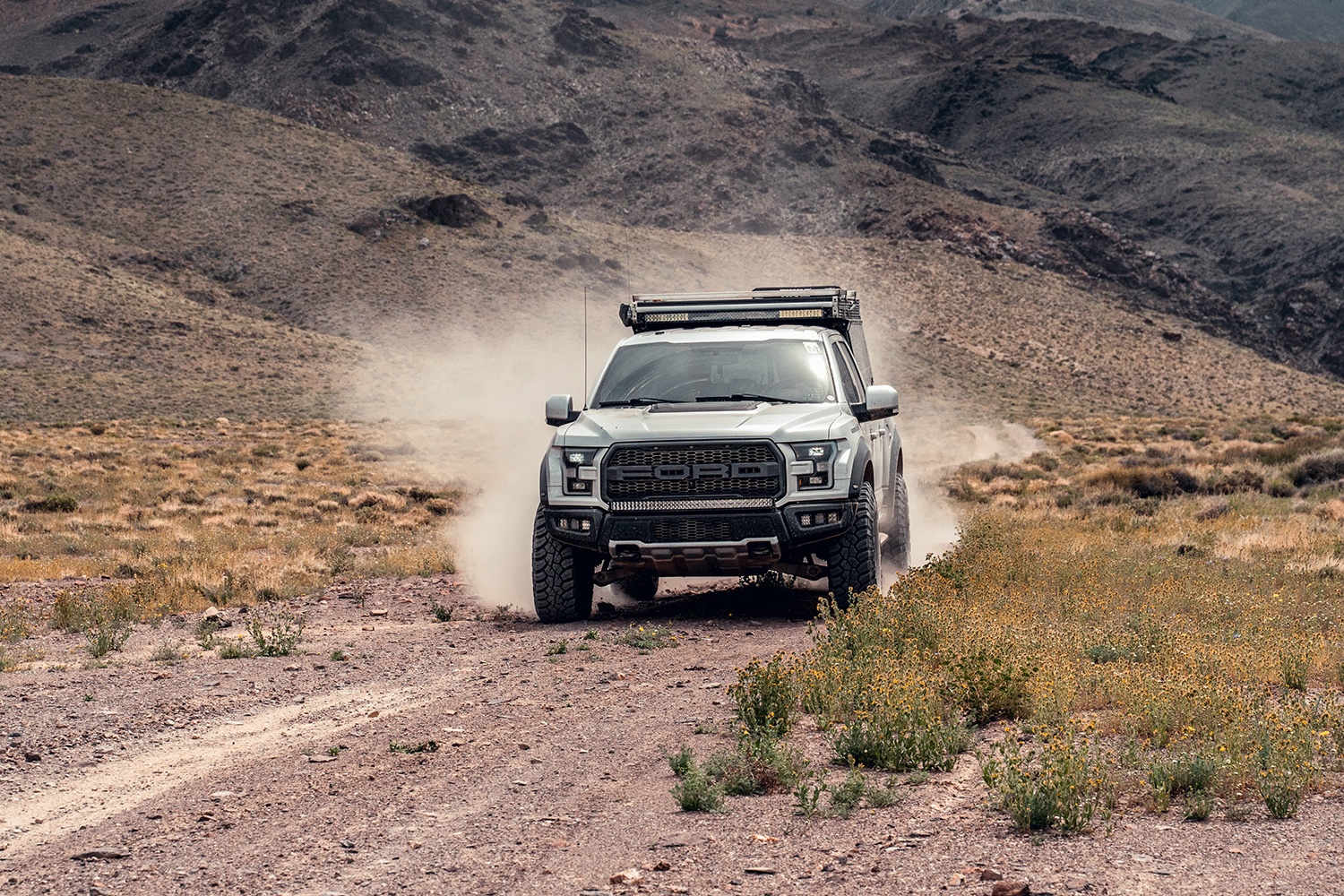 The finished product is the perfect multi-purpose vehicle. We think Jerry nailed it on this Raptor build.  For more information on Method Race Wheels 309 see below.

Jerry and the Camburg team recently had a California summer road trip. Check out the video.

My First Time In An Off Road Truck